In your mind, what makes for a good church?

We must all struggle with this question. Consider just one event this week. World Vision is an organization with which most of us are familiar. This organization is proclaims to be “dedicated to working with children, families, and their communities worldwide to reach their full potential by tackling the causes of poverty and injustice.” Yet, just this past week, the CEO of this organization announced that they would now allow employees in same-sex marriages to be eligible for employment. 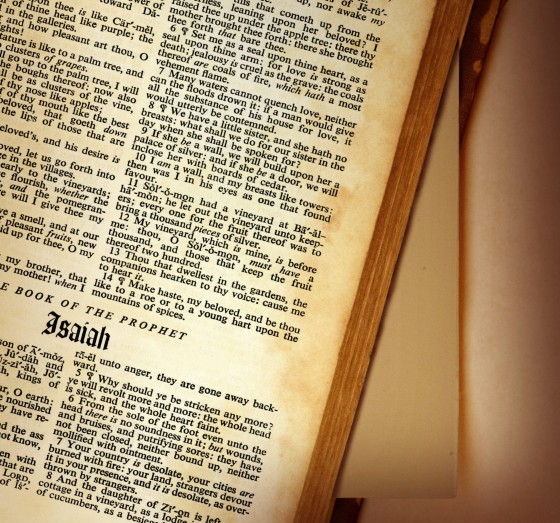 Fortunately, World Vision reversed this decision with days because of strong supporter objections. Isn’t it too bad that an organization like this must be pressured financially before they return to the doctrinal teaching of the Bible?

This topic is important because we are seeing the same phenomena take place throughout Christianity. Churches and other Christian organizations are allowing the pressures of society to influence them so that they are no longer controlled by sound doctrine.

One of the fundamental marks of liberalism is a constant attack against “doctrine.” A growing number of people are now saying, “Doctrine is not important. Jesus is important. Let’s lay aside our petty doctrinal differences and get back to Jesus.”

Just this week at TFL, one of our congregants expressed to me the importance of our church emphasizing our commitment to maintaining sound, Biblical Doctrine. He told me he had just had an experience where the proclamation from the church was that “they are not about doctrine, but numbers of people.”

This attitude is permeating the church and we must take a stand. I am not saying that people are not important; they are. What I am saying is that we must remain true to God’s Word even knowing that we are moving against the tide of our society.

Let no one despise your youth, but be an example to the believers in word, in conduct, in love, in spirit, in faith, in purity. Till I come, give attention to reading, to exhortation, to doctrine [teaching]. Do not neglect the gift that is in you, which was given to you by prophecy with the laying on of the hands of the eldership. Meditate on these things; give yourself entirely to them, that your progress may be evident to all. Take heed to yourself and to the doctrine. Continue in them, for in doing this you will save both yourself and those who hear you. (1 Tim 4:12–16, NKJV)

Paul, in this passage, emphases the need for Timothy to be an example to others in the way he lived his life. He to give particular attention to the Word of God. Three aspects of the presentation of Scripture are commanded (give attention).

Paul summarizes his appeal to Timothy by encouraging him to watch his life and his doctrine. Paul was concerned with Timothy’s personal life and his public ministry. They go hand-in-hand and are directly controlled by his doctrinal position. The result is that “you will save both yourself and those who hear you.”

The importance of sound doctrine

In his Practical Guide to Communicating Bible Doctrine, Charles Ryrie presents a number of reasons why doctrine is important. These include:

Paul’s great letter to the Romans is a treatise on Christian doctrine. He presented many great truths that should affect how we live our lives. I would like to discuss five of these truths.

The wrath of God is being revealed against all godless and wicked people because they suppress and reject the truth of the gospel Christ (Rom 1:18). Yet, the wrath of God is universally against all mankind having rejected the revelation from God—specifically His eternal power and His divine nature (Rom 1:19-20). This includes three Groups of people. First, the heathen rejects God through the futility of his reasoning (Rom 1:21-23). Second, the moralist (i.e. the Jew in this case) “supposes that he himself will escape judgment because he takes the role of a judge in evaluating the conduct of others (Rom 2:1-16). Third, the religious practitioner (the self-righteous Jew who attempts to keep the law) practices pride through religious belief (Rom 2:17-20), practices a life style that fails to match the proclaimed law (Rom 2:21-24), and relies on ritual rather than faith (Rom 2:25-29). Thus, the heathen is rejected because of his atheistic life-style, the moralist is rejected because of his blindness, and the religionist (the Jew) is rejected for their lack of faith (Rom 3:1-8). So the entire world stands condemned by God and under the power of sin (Rom 3:9-20). Therefore, “There is none righteous, no, not one (Rom 3:10).” There is no exception for this includes both Jew and Gentile (Rom 3:9-18) because there is no justification that comes by the Law (Rom 3:19-20).

God’s righteous extends to man only through faith in Christ alone (Rom 3:21-31). Righteousness through the Law is impossible (Rom 3:19-20), but God made it possible to attain His righteousness apart from the Law (Rom 3:21). Thus, a man is justified by faith apart from the deeds of the Law (Rom 3:28). This is accomplished by Christ’s substitutionary death on the cross that provides redemption for those who believe. Only His death on the cross is able to free mankind from the wrath of God because God’s righteousness is satisfied. A person is viewed by God as always having been righteous when he/she acknowledges Jesus Christ, draws close to Him, and trusts in Him. Therefore, as given by way example through the life of Abraham (Rom 4:1-25), God’s righteous is received by faith alone (Rom 3:27-4:25) and promise and faith (Rom 4:13-22).

3. Only the righteous (the justified that by faith come to Christ for a renewed relationship with God) can attain life and expect ultimate deliverance from the bondage of sin (Rom 5:1-8:39).

Justification endows the believer with sanctifying-power to be delivered from God’s wrath and to experience a full life (Rom 5:1-11). Rather than living a life of hostility toward God (Rom 8:7), the believer can now live at peace with God (Rom 5:1) because the hostility has been removed (Rom 5:9). God provides the believer with a new hope through all of the trials and tribulations encountered in life (Rom 5:1-5). In addition God’s grace and His gift of righteousness enables the believer to reign in life through Jesus Christ rather than have sin reign over death (Rom 5:12-21).

Through His sovereignty, God’s plan began by electing the Jews as His chosen people (Rom 9:1-29). Yet, Israel proved to be a disobedient and contrary people and they rejected Him (Rom 9:30-10:21). But Israel’s rejection allowed God to extend His mercy to the Gentiles. Thus, Gentiles can now, independent of Israel, receive salvation as a gift from god (Rom 11:1-25). There will come a time when Israel will recognize the Messiahship of Christ and will in mass return to God through Him (Rom 11:26-32). God’s plan is so deep and so wise that it is past human understanding and for His great effort He is worthy of all glory forever (Rom 11:33-36).

5. The righteousness of God manifests itself in the Church through serving one-another (Rom 12:1-15:13).

A person’s life should reflect a transformation once the gift of salvation through Jesus Christ has been received. Certainly, the Christian should be transformed through a renewed mind to enter the service of God (Rom 12:1-2).

These aspects of the Christian life can only be realized if we hold to sound doctrine. Most people in the Church today are not concerned about growing in the knowledge and understanding of God. This takes work and involves consistent study of the Word of God. We are committed to teaching the Word at TFL. But each of us must take on the task of making sure we are growing in our doctrinal purity.

The challenge for each of us is to “Take heed to yourself and to the doctrine. Continue in them, for in doing this you will save both yourself and those who hear you.” (1 Tim 4:16, NKJV)

Are you ready to commit to this challenge?

No Replies to "Doctrine Is Important"