Have you ever failed to act on your faith?

I don’t believe I will ever forget one specific event in my life. I had been a follower of Christ for about six years. I had been disciple through a university group that really specialized in discipleship. I had learned to share my faith and had done so on many occasions. I had grown so much during those six years. I was committed to Christ and I was certain that I could and would stand up for Christ in any situation. I had completed my Master of Science degree and I now found myself at Texas A&M University working on my Ph.D. 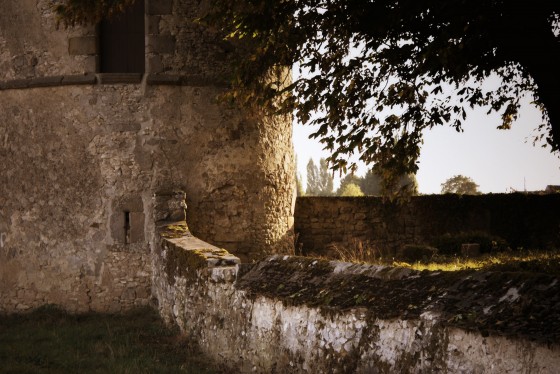 Then it happened…the unforeseen…that which could never happen…that which should never happen. I was working in a laboratory one afternoon. I was intense on the experiment I was setting up. There were three other graduate students in the rather large laboratory with me. Suddenly, I realized that two of the graduate students were belittling the other one. They were busy confronting him because he was a Christian. He was defending Christ the best he could. I listened to him and though he was doing well, the two attackers were relentless. I listened more—I heard his arguments and I heard the accusations of the two attackers.

Clearly, the Christian student could use some support even if it was merely moral support. I knew what to say to them…I should join the discussion. But I didn’t. I had a project to finish. Whether the Christian won the debate or sunk away into the miry pit was not my concern. He would need to fend for himself this afternoon. I was just too busy to get involved. Besides, the two attackers were pretty good. Perhaps they come after me. There was just too much to risk. I remained silent and tended to my own business.

That afternoon is the first time in my young Christian life that I refused to stand up for Christ. I will never forget it. Of course the question is, “What should I have done?” What should have been my course of action? A certain slave of serving in the King’s court demonstrates the proper attitude for someone who claims to have faith in God.

The Servant of the King

Now Shephatiah the son of Mattan, Gedaliah the son of Pashhur, Jucal the son of Shelemiah, and Pashhur the son of Malchiah heard the words that Jeremiah had spoken to all the people, saying, “Thus says the Lord: ‘He who remains in this city shall die by the sword, by famine, and by pestilence; but he who goes over to the Chaldeans shall live; his life shall be as a prize to him, and he shall live.’ Thus says the Lord: ‘This city shall surely be given into the hand of the king of Babylon’s army, which shall take it.’ “Therefore the princes said to the king, “Please, let this man be put to death, for thus he weakens the hands of the men of war who remain in this city, and the hands of all the people, by speaking such words to them. For this man does not seek the welfare of this people, but their harm.” Then Zedekiah the king said, “Look, he is in your hand. For the king can do nothing against you.” So they took Jeremiah and cast him into the dungeon of Malchiah the king’s son, which was in the court of the prison, and they let Jeremiah down with ropes. And in the dungeon there was no water, but mire. So Jeremiah sank in the mire.

This is the story of Jeremiah the Prophet being thrown into a cistern to die. There are three people or sets of people in the story. First, there are the four officials of the King. They heard Jeremiah’s proclamation that the people of the city should leave if they hope to live through the coming Chaldeans. The officials took exception to the words of Jeremiah and they claimed that he was not seeking the welfare of the people. So, these four officials went to the second person in the story, King Zedekiah.

King Zedekiah was a completely incompetent and spineless ruler. He seemed to be tossed to and fro by whoever was the last person to make a request. Without hesitation, he turned Jeremiah over into their hands. So the officials took Jeremiah and lowered him into a cistern. The cistern had no water, but plenty of mud—Jeremiah sank in the mud and he was left there to starve to death.

The hero of this story is an Ethiopian eunuch named Ebed-Melech, whose name means simply servant of the king. He is the one who goes to the king and secures Jeremiah’s release. There are several key observations regarding Ebed-Melech.

The Résumé of a Servant of God

Immediately upon hearing the news, Ebed-Melech took action. The king was sitting at the Gate of Bethlehem probably holding court. Taking great personal risk the servant interrupted the king. He is but a slave. What will the other people say? The officials put the Prophet in the dungeon. What would stop them from taking action against a slave? What about the other people? They had heard about Jeremiah and decided to mind their own business. Why doesn’t this slave do the same? Ebed-Melech was not concerned about himself and the potential risk he was taking. Instead, he was intent on helping Jeremiah.

Ebed-Melech went to the king and told him that the officials did evil. He didn’t mince the words. Evil is evil and he confronted it straight on. He recognized evil because he knew what was good. Jeremiah was good and Ebed-Melech knew God because of him. The officials were evil because they lied about Jeremiah’s intentions and they sought to kill him quietly by leaving him to starve in the cistern.

Ebed-Melech saw that Jeremiah was wrongly treated and that he would starve if left in the cistern. He knew that there was no food left in the city and that no one would provide food for the starving Prophet. Also, when given permission to pull Jeremiah out of the mire in which he was stuck, he first went to the gather up rags to padding so that Jeremiah would not be cut by the ropes.

The Servant Receives His Reward

The story doesn’t stop here. The city does fall and many are killed by the sword or starve to death. Jeremiah, however, told Ebed-Melech that he would be spared from the retribution of God against the city. God would deliver Ebed-Melech from the sword. Why? Ebed-Melech was saved because he put his trust in the Lord (Jer 39:15-18).

Over the past thirty-seven years, I have thought often of the time I was in that laboratory and refused to trust God. I failed to be His servant that day. I will never forget that experience and I pray that I will never back down in the face of evil.

Have you come to a point in your life you will confront evil?

Do you trust God enough to take the risk and do what is necessary to advance His kingdom?

No Replies to "Faith in Action"