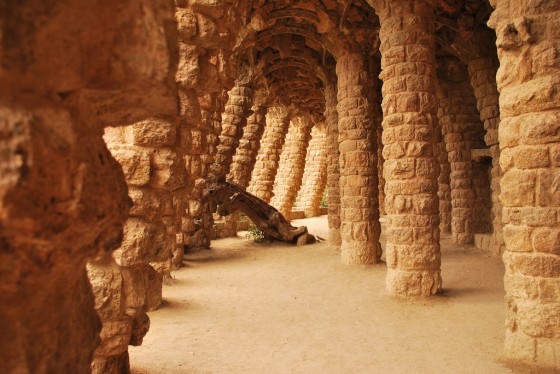 Have you ever had doubts about your relationship with God?

I ask this question because I know that at times I have serious doubts about my faith. It seems that I do really well for a time and then I fall flat on my face. I can always make an excuse for my failure, but what it comes right down to is that even after walking with my Lord for over 40-years, I still am quite able to sin. I take my eyes off the Lord and whammo—it happens. But I don’t think I am alone in this. It happens to all us, because we still have the annoying sin-nature.

This also seemed to be an issue with Timothy. Timothy was the recipient of two letters from the Apostle Paul. Paul had left Timothy in charge of the church in Ephesus. This was no small job and it was abounding with issues. Paul was writing to Timothy to encourage him in his ministry. Paul wrote:

Timothy had many challenge with which to deal in the church of Ephesus. Paul encouraged Timothy to be continually strengthened in the grace that is found in Christ Jesus. He reminded Timothy that he needed to suffer hardship as a good soldier of Jesus Christ. Paul also knew that Timothy would experience times of victory but also times of failure.

So, Paul knew that from time-to-time Timothy would need encouragement. Paul realized that Timothy, like all of us, needed to be reminded of standing before Christ. To make this point, Paul cited an early Christian hymn—perhaps that Timothy was aware it or even sang it. Through it, Paul was telling Timothy that there is hope for those who fail…and our hope doesn’t come because of who we are but because of who He is. This hymn (or Psalm) is found in 2 Tim 2:11-13:

This is a faithful saying:

For if we died with Him, We shall also live with Him.

If we endure, We shall also reign with Him.

If we deny Him, He also will deny us.

If we are faithless, He remains faithful; He cannot deny Himself.

Notice how Paul introduced the hymn. He said, “This is a faithful saying…” Paul uses this formula as a stamp of approval on the content of the quotation. The idea is that the quote he is going to present is trustworthy and sure. The statement is dependable and reliable. Paul uses this same formula four other times in his Pastoral Letters.

This is a trustworthy phrase (5 times in Pastoral Epistles)

Paul wanted these young pastors to be certain that they understood their position before Christ. In the passage we are examining, Paul is once again emphasizing the certainty of the hope we have in Christ.

Our Salvation is secure

If you identify with Christ in His death then you will be identified with Him in His life. Death in this case is not the requirement to become a martyr for Jesus. It is, however, the believer’s identification with the death of Christ. In identifying with His death, all believers subsequently identify in His life. Romans 6:5 tells us “if we have been united together in the likeness of His death, certainly we also shall be in the likeness of His resurrection.”Then in Romans 6:8, we see that “if we died with Christ, we believe that we shall also live with Him.” Therefore, at the moment of our salvation, we have died to the evil of our sin nature and our lives were “hidden with Christ in God” (Col 3:3). The promise continues that since we have life in Christ, we will appear with Him in glory when He appears (Col 3:4). Paul is emphasizing that once we have put our trust in Jesus Christ our eternal salvation is secure.

What Paul is reminding Timothy (and us) about is that once we have believed in the sufficiency of Christ’s sacrifice for our sins, we are His. Nothing can separate us from Him. We cannot be snatched from His hand (John 10:25-30). Nor can any power separate us from the love of God (Rom 8:38-39).

Unfortunately, a believer can be eternally secure but not realizing it. These believers suffer from a lack of assurance. But once we are in Christ, we can be assured of our eternal security. We are eternally secure in Christ if we have believed Him. John says it this way:

After giving the first pillar of certainty, Paul goes on to give us two pillars of contingency.

We are not guaranteed reward

Our rewards are not based on what Christ did on the cross; rather, they are dependent on the words we do as Christians during our lifetime. Paul uses two pillars of contingency to make this point.

Christ will one day reign His kingdom (1 Cor 15:25— “For He must reign till He has put all enemies under His feet.”). To reign with Christ means that Jesus will reward those who have endured with positions of responsibility in His coming kingdom. Believers who have endured will one day reign with Him (Rev 3:21). We also will have the responsibility in His yet future kingdom to judge the world and angels (1 Cor 6:2-3). In fact, we are told that those who endure will reign with Him for one-thousand years (Rev 20:6).

Unfortunately, this will not be true of every believer.

Those who are faithless now, He will deny. This is not a denial into the kingdom of heaven. We have seen above that our salvation is secure. The denial here is in the area of rewards. Those who are not faithful now, will forfeit their rewards. It is possible for a believer to fall away from the faith. That is to say, the possibility for Christian apostasy is a reality.

Paul warns of the coming apostasy within the Church in 1 Tim 4:1. The writer of Hebrews has this theme as a major point in the epistle (see especially Heb 10:38-39). The Apostle John also warns of coming apostasy (2 John 9). Instead of identifying with Christ, the apostate dissociates himself from Christ.

Remember! Such faithlessness doesn’t lead to a loss of eternal salvation. It is to suffer loss of reward. Paul makes this point to the Corinthians:

If anyone’s work which he has built on it endures, he will receive a reward. If anyone’s work is burned, he will suffer loss; but he himself will be saved, yet so as through fire. (1 Cor 3:14–15)

The one who is not faithful—does not endure—will be saved, yet so as through fire. This is a loss of reward. When Christ returns, He will have His reward with Him (Rev 22:12). The reward that Christ brings for the saints is directly dependent on the work they have done for Him. Thus, the appearance at the judgment seat of Christ will be joyful for those who have remained faithful (now) and will be a time of great fear for those who have not endured.

Even though our salvation is secure, our rewards are not.

Finally, Paul explains what will happen if we are faithless and disobedient. We hope we will be faithful; we hope we will persevere. But if we don’t, Paul tells us what will happen. If we fail, our salvation remains secure. If the believer is faithless—disobedient—Christ will remain faithful because He cannot deny Himself. If He could pull back because of our unfaithfulness then salvation would not be a gift—it would be a product of work.

You may object saying, “Doesn’t this mean that the Christian could be encouraged to live a life of unfaithfulness?” No! Absolutely not. The unfaithful will suffer great loss. There are eternal consequences, but there are also temporal consequences. God will discipline His children.

But it is motivating that we serve a God who will remain faithful to His character. We don’t serve God out of fear that He may forsake us. No, we serve God of love because we know He never will.

I remember my first visit to Old Faithful in Yellowstone National Park. Rings of Japanese and German tourists surrounded the geyser, their video cameras trained like weapons on the famous hole in the ground. A large, digital clock stood beside the spot, predicting 24 minutes until the next eruption.

My wife and I passed the countdown in the dining room of Old Faithful Inn overlooking the geyser. When the digital clock reached one minute, we, along with every other diner, left our seats and rushed to the windows to see the big, wet event.

I noticed that immediately, as if on signal, a crew of busboys and waiters descended on the tables to refill water glasses and clear away dirty dishes. When the geyser went off, we tourists oohed and aahed and clicked our cameras; a few spontaneously applauded. But, glancing back over my shoulder, I saw that not a single waiter or busboy—not even those who had finished their chores—looked out the huge windows. Old Faithful, grown entirely too familiar, had lost its power to impress them.

Don’t serve God out of fear thinking that one day God could forsake you if you fail Him. There is no reason to fear Him.

Serve God out of love because He has wonderfully and eternally saved you; He will never leave you.

Are you living your life in service to Christ?

2 Replies to "Four Pillars of Faith"