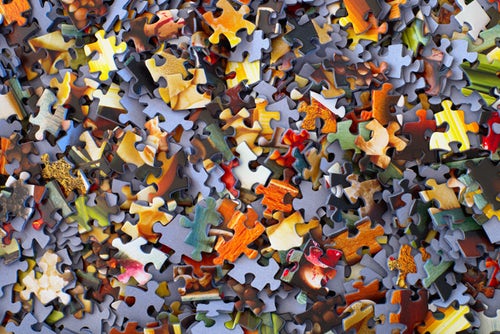 I have a great amount of respect for the individuals that read the entire Bible in a year. I know some people who have successfully completed a year-long trek through the Bible, they then start again at the beginning of the year confident they will once again complete the journey. I’ve started many times over the years, but to be honest I’m not sure I’ve ever made it all the way through. There are many different plans you can follow to help you accomplish this ambitious undertaking. Probably the most popular plan is to read in the Old Testament, maybe the Psalms, and New Testament every day until you’ve made it to the end of both major segments. The other is to start in Genesis 1:1 and read every day a portion straight through to the end of revelation.

One thing that I’m sure every Bible in a year devotee would agree on is the Bible is not strictly chronologically ordered. It is not organized in a linear fashion progressing from the first event to the next all the way to the end of the collection. It begins chronologically in Genesis 1:1, but it isn’t very long before an event is approached from a different angle with additional or different details. A great example would be the first book of the New Testament, Matthew. It starts with the genealogy of Christ and tells a story. You come to the end of the book expecting to move on chronologically but instead, the book of Mark starts the whole gospel account over again from a different perspective with some new information provided to the reader.

This interconnected, intertwined weaving of events is evident all through both Old and New Testaments of the Bible. The careful Bible Student knows this and incorporates the task of correlation into his Bible study methodology. The Bible is more of a multi-dimensional rather than a two-dimensional representation of historical events.

Correlation is an important concept in understanding the captivity of the Southern Kingdom, Judah. I’m not going to attempt an exhaustive correlation, but I wanted to make you aware of it specifically when talking about Habakkuk 1:6-11 where God describes the Chaldean or Babylonian conquerors.

15 Behold, I will bring a nation against you from afar,

“It is a mighty nation,

It is an ancient nation,

A nation whose language you do not know,

Nor can you understand what they say.

They are all mighty men.

17 And they shall eat up your harvest and your bread,

Which your sons and daughters should eat.

They shall eat up your flocks and your herds;

They shall eat up your vines and your fig trees;

They shall destroy your fortified cities,

In which you trust, with the sword.

Shuffling or correlating both passages together we learn the following about the Babylonians.

The conquering army is just one facet of the multi-dimensional peek into the fall of the Southern Kingdom. There are two things I hope we glean from this exercise. Maybe the first thing to notice is correlation demonstrates the detail and intricacy of God’s Holy book the Bible. Skeptics claim the Bible to be a fabricated book. This would be impossible given the amount of detail and interrelated passages all throughout.

The second point our study reveals is how incredibly accurate and detailed are God’s prophecies years, decades, and even centuries before the events occurred.

God is truly worthy of all praise, worship, and obedience. His message to us in the form of the Holy Bible is worthy of study.