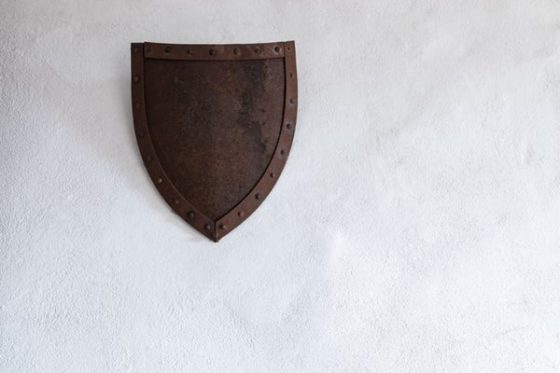 Habakkuk 1:5-11 details Yahweh’s response to the prophet’s sincere question, God, why are you allowing all this evil to continue? In Chapter one verse five God tells Habakkuk, Oh, you don’t think I’m doing anything? Watch and see what I am doing, it will astound you! God goes on to explain He is raising up a nation called the Chaldeans to judge Israel.

The modern-day reader should know that the Chaldeans and the Babylonians are the same people group. Consider the following excerpt from the Faith Life Study Bible.

The Chaldeans – The OT writers often used “Chaldeans” and “Babylonians” synonymously (compare Isa 13:19; 47:1; 48:14; Job 1:17). The Chaldeans were a Semitic people who lived in southeastern Babylonia. They migrated from Aramaea and are first attested in a document from the reign of Ashur-nasirpal II of Assyria (circa 878 BC). The Chaldeans comprised three major tribes: the Bit-Yakin, the Bit-Dakkuri, and the Bit-Amukani.

We want to pick up at verse six and notice two specifics about the Chaldeans.

6 For indeed I am raising up the Chaldeans,

The word “for” is the first word we encounter and is worthy of at least a quick comment. As we all know, the purpose of the word “for” is to cause us to recognize verse six as connected to the previous verse. More specifically, it is designed to indicate an explanation of what was previously said is on its way. When we read the word for at the beginning of a sentence we should be reminded to keep the passage we are studying in context.

The word indeed communicates that this is not a potentiality, but rather an eventuality. It’s not that God might raise up the Chaldeans, He most certainly will and is raising them up. This is a declarative rather than a conditional statement.

What are the first two attributes God reveals about the Chaldeans? They are bitter and hasty. Seems straightforward enough. But let’s make sure we slow down enough to catch the meaning.

The Chaldeans were bitter. Bitter means bitter in the original Hebrew. However, it’s important to note that in the range of meaning is to make bitter. I have no doubt that a conquering nation like the Chaldeans were bitter people. It is also no stretch to conclude that the Chaldeans made the people they conquered bitter. The word used here for bitter is the same root word left untranslated Marah in Exodus 15:23.

23   Now when they came to Marah, they could not drink the waters of Marah, for they were bitter. Therefore the name of it was called Marah.

Hasty. How do you define the word hasty in this context? Do you have the understanding that the Chaldeans acted rashly? Consider the range of meaning of the Hebrew word.

Hasty – hasten; hastily; to fetch quickly; to act rashly. I compared several modern-day Bible translations. Some translate the word as hasty, impetuous, or swift. Were the Chaldeans rash? Maybe. But consider that they were a successful conquering nation. Would a rash nation be successful? To me, the word is better-translated swift. The translators had to choose from the range of meaning and when we do our hermeneutical work we too must choose. In either case, I think it enriches our understanding of the text to consider the possible range of meaning of important words discovered in the text. I’m sure the nation of Israel considered the Babylonian (Chaldean) invasion sudden as if they were fetched up quickly. They were busy going about their wicked ways and caught off guard when they were carried away. The Bible issues a warning to the New Testament believer.

5:1 But concerning the times and the seasons, brethren, you have no need that I should write to you.

2 For you yourselves know perfectly that the day of the Lord so comes as a thief in the night.

3 For when they say, “Peace and safety!” then sudden destruction comes upon them, as labor pains upon a pregnant woman. And they shall not escape.

4 But you, brethren, are not in darkness, so that this Day should overtake you as a thief.

God’s judgment is always bitter and seems swift catching the oblivious sinner unaware. But the sinner has no excuse! God has warned him in the Word. I am so thankful for God’s grace. The only way to escape His ultimate wrath is to place your trust in Jesus Christ our Redeemer. The believer is no longer called sinner, but saint.