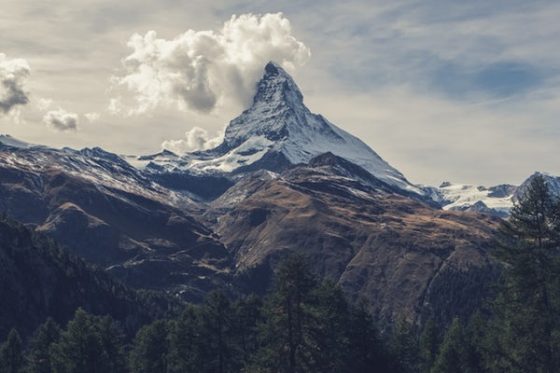 In Habakkuk 1 we see the prophet initiating a conversation with Yahweh the living God. God responds to Habakkuk, and now in chapter 1:12 it’s Habakkuk’s turn in the conversational tennis match between them.

Verse twelve starts Habakkuk’s response after God told him He was about to judge the Southern Kingdom using the powerful Chaldeans.

12 Are You not from everlasting,

O Lord my God, my Holy One?

We shall not die.

O Lord, You have appointed them for judgment;

O Rock, You have marked them for correction.

Look at the first phrase. Habakkuk asks God a rhetorical question. You can almost hear the tone, maybe a hint of surprised remembrance in the prophet’s voice. He’s not really asking God anything, but rather expressing his light bulb moment. It’s as if he is saying, “your answer O God satisfies my soul! I am reminded that you, my Lord God, are the Holy one from everlasting!”

Habakkuk goes on to say, “we shall not die”, which at first glance makes me want to say, “wait a second Habakkuk! Didn’t you just hear what Yahweh said? He’s sending a conquering army to punish Judah! You do understand that armies kill right? What do you mean you shall not die??”

However, I don’t think the prophet’s response was misguided after all. I think Habakkuk knew what God intended. Even though Judah would be judged for their iniquities, the punishment was design to lead them to repentance – it was a call back into fellowship with Yahweh the covenant God whom they abandoned.

Where the guilty view God’s punishment in total despair, the righteous see God’s loving grace being extended to an undeserving people. It’s a matter of perspective. You see things differently if you are standing against God rather than standing with Him. Think about Jesus. God poured out His wrath upon Him for the wickedness of the world and yet Jesus’ death and resurrection were specifically designed to be the wicked man’s path of restoration between him and God.

If we read all of verse twelve it becomes clear that Habakkuk understood. God appointed them for judgment, but at the same time, He marked them for correction. God truly is just, loving and patient. How often would we totally annihilate those who offend us? What does God do when people who have voluntarily entered into fellowship with Him turn their backs on Him and offend Him? He offers repentance through correction.

Habakkuk was in right relationship with his creator, but the nation was not. How hard it is to watch your nation wallow in, exalt, and even flaunt their gross wickedness while snubbing the all-powerful Yahweh. They violate God’s law in every way imaginable and at the same time expect to escape His terrible wrath by simply refusing to believe that He exists or that they are accountable to Him. Yet God offers salvation to the wicked, corrects His children, and judges nations.

The Bible is clear, God judges the nations! Our nation, full of lawyers as it is, will not find an escape clause. There is no legal loophole that can be exploited in order to avoid Yahweh’s judgment. There is only one advocate who can convince the divine judge to rule in your favor, the God-Man Christ Jesus. Avoid Jesus the advocate and you are doomed to suffer the Father’s pronouncement of judgment and wrath! One day our nation will be held accountable for its wickedness. I only pray that as many people as possible come to faith in Jesus Christ before that fateful day.

Let me encourage you. If you are not a believer in Jesus the Messiah, what is holding you back?

Simply choose Jesus and live. He’s already suffered your punishment for Sin, now accept His free gift of eternal life and He will become your advocate with the Father.

If you are a believer in Jesus the Christ and yet have allowed sin to come between you and Him. Repent!

1       My little children, these things I write to you, so that you may not sin. And if anyone sins, we have an Advocate with the Father, Jesus Christ the righteous.

Whoever you are or wherever you stand with Jesus, don’t run from Him, run to Him!