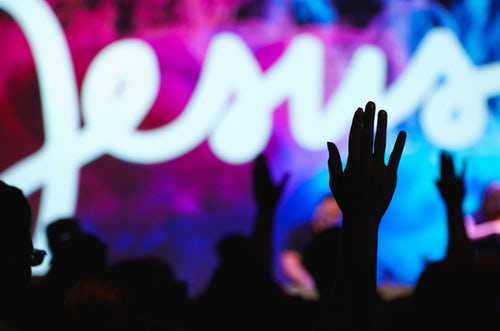 The book of Habakkuk seems to be unique among the other prophetic writings. Most, if not all of the rest of the prophetic books, both major and minor, seem to have been messages initiated by God. In the book of Habakkuk, it would seem the prophet initiates the conversation with God. In the first two chapters, we witness a conversation between the prophet and God. Habakkuk is burdened. He doesn’t understand God’s ways and expresses his befuddlement to Yahweh. God answers and instructs him. Habakkuk purposes to remain teachable and he allows God to reshape his perspective. The end result of this reshaping manifests itself in the form of a prayer that flows freely from the prophet’s lips to his covenant God.

The first three verses in chapter three introduce the prayer.

3:1 A prayer of Habakkuk the prophet, on Shigionoth.

2 O Lord, I have heard Your speech and was afraid;

O Lord, revive Your work in the midst of the years!

In the midst of the years make it known;

The Holy One from Mount Paran. Selah

Some translations include a footnote on the word “Shigionoth” that says something like “exact meaning unknown”, but consider the following from the Faithlife Study Bible.

3:1 according to Shigionoth The Hebrew word used here refers to the musical setting of the psalm, either the melody or style in which it was to be sung. See Psa 7:title.

The fact that Habakkuk’s prayer was fashioned after a psalm indicates it was meant to be remembered and most probably intended for others to prayerfully sing. The other evidence this was an actual song is found at the end of the chapter with the words, “To the Chief Musician. With my stringed instruments.”

The word “Selah” is another Old Testament word scholars are not sure about. The Hebrew word is literally translated to lift up. Some suggest that in a musical context lifting up would mean not putting your hands on the instrument, which we would call a pause or rest. Others suggest the word implies meditating upon or thinking about what was previously said.

Whatever the actual intent of the word Selah, it appears three times in chapter three, and seems to mark stanzas of this prayer song.

This song is not just about God, it is directed at Him as evidenced by the words in verse two which say, “O LORD…”.

If you were to hear God’s voice you’d probably respond in fear just like Habakkuk did. I think it would be humbling and our response would be one of awe and worship.

I find the end of verse two particularly interesting. Habakkuk says, “In wrath remember mercy.” It’s as if Habakkuk is conceding God’s right to pour out His wrath, yet asks God to be merciful.

I’m going to forgo commenting on verse three in an attempt to not get lost in the weeds. But if you are interested you can ask me by commenting on this post and I will reply.

Have you had any encounters with God through prayer or His Word that left you in a state of awe? Did it elicit a prayer of praise and worship? Have you ever considered writing down that prayer and putting it to song?

Some of the most beautiful praise and worship songs I’ve heard seem as if they come from a deep place of relationship with our Lord and Saviour. Maybe they were prayers first and songs second.

Whether you sing your own songs, or someone else’s, God is truly worthy of all praise and worship!