How good are you at investing?

Everyone loves a great story. I have often wished was a story-teller, but for some reason I am just not able to ‘spin a yarn.’ Jesus, on the other hand, was the greatest story-teller of all time. These are called parables in the Bible. He used these stories to teach great spiritual truths.

On parable is found in Luke 19:11-27. Jesus had just passed through Jericho on His way to Jerusalem. There He meets Zacchaeus, a tax collector. Jesus ends up going to the house of Zacchaeus for the evening meal. It is around the dinner table Jesus tells this story. 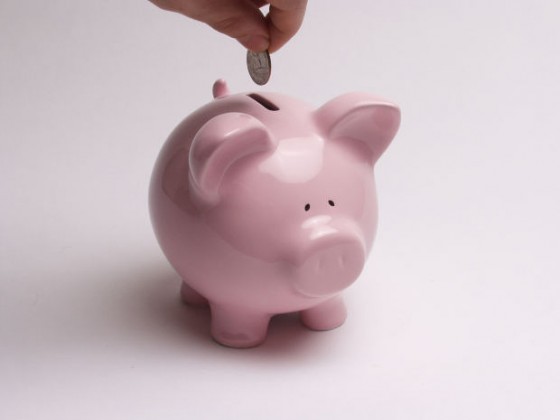 His story tells us what God expects from us. As Jesus was going to Jerusalem, the people where chanting His name. They fully expected He was coming as king. He would take His rightful throne in Jerusalem and end the reign of the brutal Roman occupation.

But there was a problem with this thinking. They had the right man. Jesus would be King. They were right that that Jesus was going to rule over His kingdom. But, there was to be no inauguration this day; rather, it would be delayed. There would be an interim because Jesus was going to Jerusalem not rule but to die. Then He was going to “a far country” for some time before He would return.

Let’s look at the parable.

“A certain nobleman went into a far country to receive for himself a kingdom and to return. So he called ten of his servants, delivered to them ten minas, and said to them, ‘Do business till I come.’ But his citizens hated him, and sent a delegation after him, saying, ‘We will not have this man to reign over us.’ And so it was that when he returned, having received the kingdom, he then commanded these servants, to whom he had given the money, to be called to him, that he might know how much every man had gained by trading. Then came the first, saying, ‘Master, your mina has earned ten minas.’ And he said to him, ‘Well done, good servant; because you were faithful in a very little, have authority over ten cities.’ And the second came, saying, ‘Master, your mina has earned five minas.’ Likewise he said to him, ‘You also be over five cities.’ Then another came, saying, ‘Master, here is your mina, which I have kept put away in a handkerchief. For I feared you, because you are an austere man. You collect what you did not deposit, and reap what you did not sow.’ And he said to him, ‘Out of your own mouth I will judge you, you wicked servant. You knew that I was an austere man, collecting what I did not deposit and reaping what I did not sow. Why then did you not put my money in the bank, that at my coming I might have collected it with interest?’ And he said to those who stood by, ‘Take the mina from him, and give it to him who has ten minas.’ (But they said to him, ‘Master, he has ten minas.’) For I say to you, that to everyone who has will be given; and from him who does not have, even what he has will be taken away from him. But bring here those enemies of mine, who did not want me to reign over them, and slay them before me.’ “(Luke 19:11-27)

The parable is often called the Parable of the Minas. A mina was not a coin, but a sum of silver determined by weight. Mina and talent were multiples of the shekel. According to the account of the sanctuary tax (Exod 38:25-26), three thousand shekels were in a talent, probably sixty minas of fifty shekels each (Freeman and Harold, Manners & Customs of the Bible).

In this parable we see a nobleman (representing Jesus) going off to a far country. He gives ten minas to ten servants—each servant getting one mina. This would be about three month’s wages, so the amount was not trivial. Also, note that in this parable all ten servants were given an equal amount of money. The nobleman gave them a simple command, “Do business till I come.”

In this story, Jesus was using a common backdrop. People of that time would immediately connect this story with events that occurred regularly in Jewish history. The Jews were under Roman occupation, but they still had responsibility for their government. When there was a change of leadership, the new ruler would need to go to Roman and appear before Caesar to plead his case for being made king. For example, when Herod the Great died in 4 BC, he left Judea to his son Archelaus, who had to go to Rome to have the inheritance approved. Not wanting Archelaus as their ruler, the Jews sent fifty men to argue their case before Augustus Caesar, who did ratify the inheritance without giving Archelaus the title of “king.”

Thus, Jesus used this story to explain that the kingdom would not come until a future time, but He expected His servants, those He left to tend to His affairs—the Church—to be faithful to carry out the job He assigned to them. As I mentioned earlier, each of the servants was given an equal amount with which to do business. Thus, the minas do not represent knowledge, skills, or abilities. He is not talking about individual giftedness because these would be different for each person. Instead, He is speaking about something every believer in Christ receives—the Gospel message (1 Tim 1:11).

Jesus expects us to invest and do business with the gospel message while He is away. Jesus’ kingdom would be put on hold. He will one day come to rule His kingdom, but for now He must go away. For now there would only be a time of testing. A time for His servants to perform or not perform His will.

Our performance will determine our role in His future kingdom.

Jesus was saying that each of servants (those who have trusted in Christ) were given an equal amount with which to work. They could give the money to investors and earn interest or they could purchase goods and sell them for a profit. The important thing was they give back to their Master more than He had given to them. How they did it was up to them, so long as it was legal and profitable. Though 10 servants were given minas, for purpose of the story, Jesus only gives a report regarding three of them. But we also see that there are those who do not accept Jesus and are against Him, therefore, we see three different responses to the Master.

The first two servants proved to be successful. The first one grew his one mina into ten minas. The second one grew his mina into five minas. These men did their jobs faithfully even though they were promised no rewards and had no assurance that their master would even return, let alone secure the kingdom that He sought.

Thus, each servant started with the same deposit and made it grow. In other words, they were entrusted with the gospel message and were faithful in presenting it to those around them (1 Thes 2:4; 1 Tim 1:11; 6:20). They did what God expected realizing that God “tests our hearts.” The gospel has been entrusted to us and we are to share it with others.

When it comes to witnessing, all believers start on the same level, so the reward is according to faithfulness and achievement. The faithful servants were rewarded by being made rulers over various cities. The reward for faithful work is always the same—more work. But Christ is willing to allow the faithful to rule with Him when He comes to establish His kingdom. How we serve the Lord with our lives will determine the reward we receive and the ministry in which we will participate in His kingdom.

The third servant did not obey his Master. Even though he protected the mina the Master gave him instead of investing it, the Master took his mina away and gave it to the first servant. This seems to be a basic principle of Christian life: wasted opportunity means loss of reward and possibly loss of the privilege of service in Christ’s kingdom. Or said the way we are used to in our culture, “Use it or lose it.” We are to use the gifts God gave us to help invest in the spread of the gospel to the glory of God (Matt 13:12; Luke 8:18).

This third servant was fearful of the Master. How sad it is when a Christian is motivated by slavish fear instead of loving faith.

The “enemies” of Christ are briefly mentioned at the end of the story, yet they are important to the story. Most of the people in the crowd that lined the streets were in this group. In just a few days Jesus would hear a mob of people hatefully yell, “We have no king but Caesar!” (John 19:15). They were saying, “We will not follow this man. We will not have this Man reign over us!” These people also appear to make up the majority of people in our country today. They are even prevalent in the Church.

The faithful servants obeyed because they trusted their Master and wanted to please Him. The unfaithful servant disobeyed because he feared his Master. But both will enter the kingdom of Christ. Those who were outright rebellious are the enemies of Christ; they hated their king without cause (John15:25). They will face the final wrath of God—they will experience His retribution. They will be separated from God for all of eternity.

We are living today in the period between Luke 19:14 and 15. Our Master (our King) is absent but He will return according to His promise. We have been given a task to perform which requires us to be faithful until He returns.

What will the King say to you when He returns? Will His words mean reward, rebuke, or retribution? Will you hear the words, “Well done good and faithful servant?” (see 1 Cor 4:2)

No Replies to "How good are you at investing?"