Are you willing to do what it takes?

I have had a most unusual prayer request for the past several years. Often we pray selfishly by asking God to give what we want. We tend to spend more time praying prayers of supplication than we do prayers of adoration, thanksgiving, and confession. Actually, my prayer is not a very popular one in our days. I have been praying for a situation that most of us would prefer to avoid. It is a request from which people in the early church wanted to be rescued. 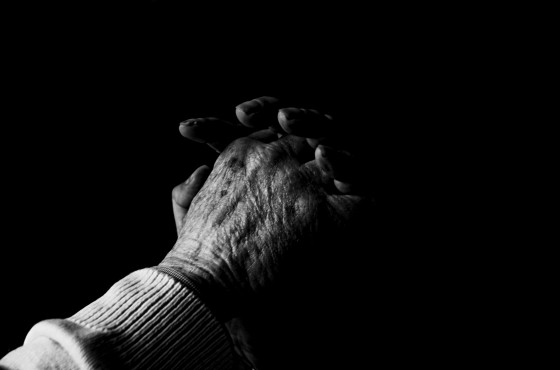 I have been praying that we in the church in this country would face persecution. This is not a frivolous prayer. The well-known preacher and teacher Charles Spurgeon (1834-1892) said, “Every time her blood was shed, each drop became a man, and each man thus converted stood prepared to pour out the vital current from his veins to defend the cause.… Christ’s church never sails so well as when she is rocked from side to side by the winds of persecution.… Nothing has helped God’s church so much as persecution.”

Before you get upset, consider the first-century Christians who were forced from Jerusalem and scattered under persecution. They didn’t enjoy the situation. There was great discomfort in these people. Their needs were many and their pain was great. Nevertheless, the gospel message spread throughout the land. Even today, the gospel spreads when people are persecuted.

Peter wrote his first epistle to people who were suffering under persecution. His letter was intended to encourage those who were suffering. Peter pointed out that our hope resting on Christ would lead to personal holiness. Peter writes:

Therefore gird up the loins of your mind, be sober, and rest your hope fully upon the grace that is to be brought to you at the revelation of Jesus Christ; as obedient children, not conforming yourselves to the former lusts, as in your ignorance; but as He who called you is holy, you also be holy in all your conduct, because it is written, “Be holy, for I am holy.” (1 Peter 1:13-16, NKJV)

Peter’s desire is that believers conform to God. He exhorts these persecuted Christians in several ways to spur them on to Godly living. These assertions are meant to give them hope.

Peter is building on the preceding section (1 Peter 1:3-12). Peter is saying that since believers have a new life, they should now live it. Previously, Peter taught that once a person accepts the truth regarding Jesus, his salvation is sure—being rooted in the Past, Present, and Future. The future salvation is guaranteed because it is guarded and it is to be revealed in the last time. The present is guaranteed because it depends on the finished work of Christ on the cross—the Messiah in whom our faith is based. Our current faith is based on the salvation for which the prophets sought and searched diligently throughout the centuries. Faith is therefore the first necessary component of Godly living. We must believe the work of Christ on the cross is sufficient for our salvation and the word of God must be applied to all areas of our lives.

Since believers have a new life in Christ, they should now live it. Their hope must be consistently lived in the grace that will be completed at the Second Coming of Christ. Peter says, “Rest your hope fully upon the grace that is to be brought to you at the revelation of Jesus Christ…” Our call to hope relates to the future. The blessed hope is referring to the return of the Messiah.

Four times Peter has already spoken of the Savior’s return and the accompanying ultimate stage of our salvation (vv. 5, 7, 9, 13). In anticipation for His return, Peter commanded believers to gird up the loins of your mind. This is a phrase in opposition to being scatterbrained. It is against slackness and loose thinking. It emphasizes a disciplined mind and a call to action. Elijah…girded up his loins and ran ahead of Ahab to the entrance of Jezreel (1 Ki 18:46). Just as people in biblical times would gather up their long robes and tie them around their waists so they could move quickly and freely, we need to focus our thoughts on those things that allow us to serve God successfully, all the while eliminating any thoughts that would cause us to stumble (worry, fear, jealousy, hate, unforgiveness, and impurity).

Furthermore, we are commanded to be sober-minded. This phrase demands that the believer be in control of his mind so that he can clearly discern right from wrong and truth from lie. It literally means, “To have a habitual temper of sobriety.” It is to have a mind expressed by spiritual and mental self-control—a mind not thrown off balance by every wind of doctrine. It means to be free from every form of mental and spiritual “drunkenness” or excess. Instead of being controlled by outside circumstances, believers should be directed from within.

Peter also commands us to live “as obedient children.” An obedient life is a sign of true belief. Obedience is a conscious act of the will. Formerly, they were characterized by conforming to lust; they were sons of disobedience (see Eph 2:2, 5:6). Now they are no longer to live according to their former lusts. This is the same concept provided by Paul in Rom 12:2 where it refers to the rejection of a pattern of life in this world and a renewing of the mind so we can know God’s will. The pattern they are to reject is conforming to the former lusts that were common to their spiritual ignorance. Thus, believers are to be characterized by their obedience.

Peter emphasizes the believer’s call to holiness—“Be holy, for I am holy.” To be holy in this case is an imperative. We are commanded to be holy. God is the standard of holiness and is separated from all that is impure or evil. We can be holy only as God sees us through the shed blood of Christ. Nevertheless, the believer should be characterized by holy living. We are called to be holy by becoming imitators of the Father. The believer should be continually practice holiness in all areas of living.

We can persevere through any persecution this world has to offer by focusing on Godly living. In fact, persecution will help us maintain that focus on God because He is the only one who can rescue us. Persecution of the church will, in the end, bring great encouragement to us as we learn to live holy lives.

In his book In the Eye of the Storm, Max Lucado constricts the thinking of this world and the thinking that is focused on God. He says:

I have something against the lying voices that noise our world. You’ve heard them. They tell you to swap your integrity for a new sale; to barter your convictions for an easy deal; to exchange your devotion for a quick thrill. They whisper. They woo. They taunt. They tantalize. They flirt. They flatter. “Go ahead, its OK.” “Don’t worry, no one will know.” The world rams at your door; Jesus taps at your door. The voices scream for your allegiance; Jesus softly and tenderly requests it. The world promises flashy pleasure; Jesus promises a quiet dinner … with God.

Which voice do you hear?