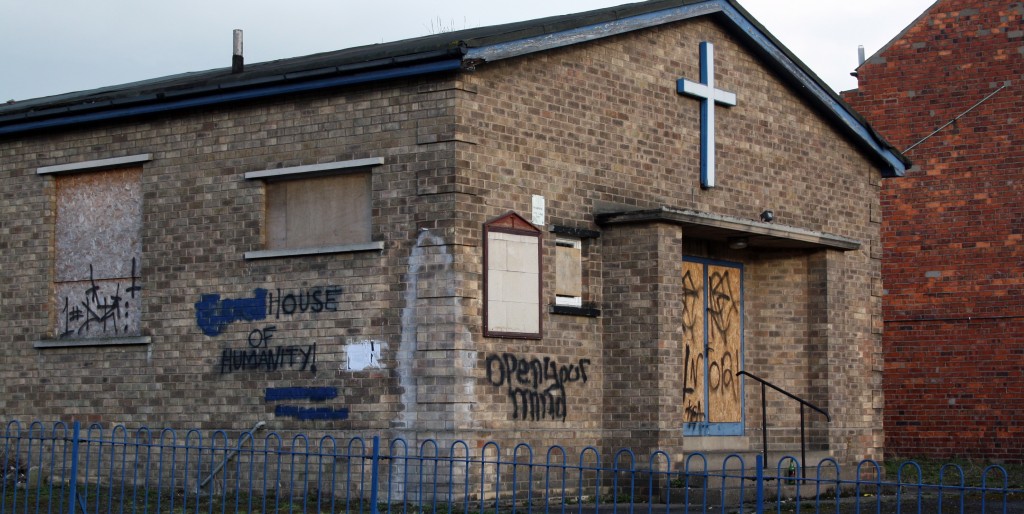 Are you attending a church that has lost its first love?

The church of today is in deep trouble. The church is quickly falling away from the foundations established by Jesus, the Christ and the writers of the New Testament. Paul clearly warns of this when he writes:

“Now, brethren, concerning the coming of our Lord Jesus Christ and our gathering together to Him, we ask you, not to be soon shaken in mind or troubled, either by spirit or by word or by letter, as if from us, as though the day of Christ had come. Let no one deceive you by any means; for that Day will not come unless the falling away comes first, and the man of sin is revealed, the son of perdition, who opposes and exalts himself above all that is called God or that is worshiped, so that he sits as God in the temple of God, showing himself that he is God. Do you not remember that when I was still with you I told you these things?” (2 Thessalonians 2:1–5)

Paul reminded the church in Thessalonica that our Lord Jesus Christ would return and that we (the Church) would be gathered together. But this would not happen until there is first a falling away.

Specifically, Paul taught that the will come when those in the Church would not endure sound doctrine; rather, they would pursue their own desires and gather teachers around them that would turn them away from the truth to fables.

“For the time will come when they will not endure sound doctrine, but according to their own desires, because they have itching ears, they will heap up for themselves teachers; and they will turn their ears away from the truth, and be turned aside to fables.” (2 Timothy 4:3–4)

These are the days in which we now live.

I would like to take the next seven weeks to discuss the seven Churches addressed by Jesus in the Revelation. A series of short letters that Jesus dictated to the Apostle John are presented in Revelation 2-3. These seven letters seem to not only describe the individual churches to which they were addressed, but they also seem to describe the sequential nature of the churches in our Church Age. It seems that various times were dominated by the description of a particular church, but all seven were probably present in each era of the Church.

The characteristics of each letter

First, each letter is a message from the Messiah to the churches. They are the last audible statements of the Messiah given in the Bible.

Fourthly, there are four attributes common to each of the letters.

All of these letters follow a basic outline that includes the destination, the condemnation, the description of the Jesus, the exhortation, the commendation, and the promise.

“To the angel of the church of Ephesus write, ‘These things says He who holds the seven stars in His right hand, who walks in the midst of the seven golden lampstands: “I know your works, your labor, your patience, and that you cannot bear those who are evil. And you have tested those who say they are apostles and are not, and have found them liars; and you have persevered and have patience, and have labored for My name’s sake and have not become weary. Nevertheless I have this against you, that you have left your first love. Remember therefore from where you have fallen; repent and do the first works, or else I will come to you quickly and remove your lampstand from its place—unless you repent. But this you have, that you hate the deeds of the Nicolaitans, which I also hate. “He who has an ear, let him hear what the Spirit says to the churches. To him who overcomes I will give to eat from the tree of life, which is in the midst of the Paradise of God.”’ (Revelation 2:1–7)

Ephesus was an ancient Turkish city. The city flourished after it came under the control of the Roman Republic in 126 B.C. The city was famed for the Temple of Artemis—one of the Seven Wonders of the Ancient World.

This church had some great initial leadership. Paul lived in Ephesus from about A.D. 52-54. He taught the wealth of Christian doctrine to the church and he organized various missionary activities. Paul had strong disagreements with the artisans of Ephesus who earned a living by selling statuettes of Artemis (Diana). Between 53 and 57 A.D., Paul wrote his first letter to the Corinthians. Later Paul wrote his letter to the Ephesians while he was in prison in Rome (around 62 A.D.).

The Apostle John later became the Pastor of the church in Ephesus (A.D. 90-100). So, the church had the obvious advantage of having the best teachers any church has ever had.

The description of the Messiah is taken from Revelation 1:13, 16, and 20. It points to the control of the Lord Jesus Christ over the destiny of the churches. Ultimately, the Messiah is control even over the history of humanity and the circumstances within the churches.

The church is commended in verses 2-3 and 6. They receive several of these commendations from the Lord.

The condemnation is found in verse 4 (“Nevertheless I have this against you, that you have left your first love.” They had lost their first love—the love they at one time displayed for the Lord Jesus Christ and the love they had for His Word. The new generation had grown complacent and had become cold to the basic doctrine that had at one time been the hallmark of the church in Ephesus. They lost their fervor. Far too often, the second generation loses the heart of their parents and fall away from the truth.

We see this same attribute in churches today. After a church is started, with in one or two generations, the reason from being a church changes from being directed toward and by the love of Christ to providing programs and succumbing to social pressures.

“Remember therefore from where you have fallen; repent and do the first works, or else I will come to you quickly and remove your lampstand from its place—unless you repent.” (Revelation 2:5)

They (the church) are urged to remember their first love, to repent, and to return to Christ (their first love). Failure to do so will result in the removal of their lampstand from its place. The church would cease to be a witness to the world and they would fall out of favor with Christ.

The promise is found in verse 7. While the letters are addressed the churches as a whole, all of the promises are to individuals within the churches who overcome the problem of the church as a whole. So, some will remain true to Christ within a church that has lost its first love. Those who do overcome are promised the privilege of eating of the fruit of the tree of life in the Eternal Order. In this context, “eating” implies fellowship; so the one who overcomes will fellowship with the Messiah. Since this promise also involves the tree of life, it is a promise of a share in the Eternal Order (as a reward).

There is a war going on. It is the world against God. The unbelief and sin of the world (1 John 5:5) is infiltrating the church. No church is immune to this take-over of Christianity. Sin and evil are as rampant in the Church of today as they are in the world around us.

The sin within the church is failing to testify about Christ to people. The function of the lamp is to be a light. If we do not remain true to Christ, then He will snuff out the light of our church as He has to so many other churches.

We must not lose our first love. We must remain true to the Bible. We must be a light of the truth of the Bible to the world even when the world is persecuting us for our position.

Have you lost your first love?

Are you willing to openly share your faith with dark and dying world?

“Let your light so shine before men, that they may see your good works and glorify your Father in heaven.” (Matthew 5:16)

No Replies to "Leaving Your First Love"