Marriage of the Lamb 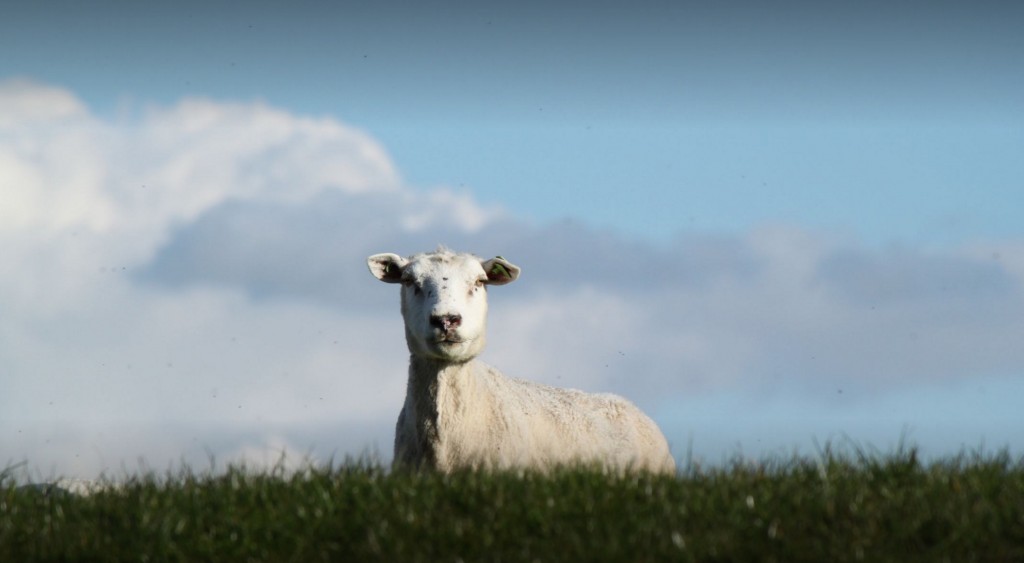 What is your hope for the future?

And I heard, as it were, the voice of a great multitude, as the sound of many waters and as the sound of mighty thunderings, saying, “Alleluia! For the Lord God Omnipotent reigns! Let us be glad and rejoice and give Him glory, for the marriage of the Lamb has come, and His wife has made herself ready.” And to her it was granted to be arrayed in fine linen, clean and bright, for the fine linen is the righteous acts of the saints. Then he said to me, “Write: ‘Blessed are those who are called to the marriage supper of the Lamb!’” And he said to me, “These are the true sayings of God.” (Revelation 19:6–9)

The Bible teaches us about the first and second coming of Jesus to the world. Jesus came the first time about 2000 years ago. He came at that time to present mankind with a pathway to reconciliation with God. He came to offer Himself as a sacrifice so that we could trust in Him and receive eternal life. Jesus said, “For God so loved the world that He gave His only begotten Son, that whoever believes in Him should not perish but have everlasting life” (John 3:16). He also said, “Most assuredly, I say to you, he who hears My word and believes in Him who sent Me has everlasting life, and shall not come into judgment, but has passed from death into life” (John 5:24).

In response to this great time of evil, the Antichrist will rise to power (Daniel 7:20, 24). He will promise peace and will ultimately sign a peace agreement with Israel (Daniel 9:27). The signing of this covenant will mark the beginning of the seven-year Tribulation. Non-Christians (those who do not trust in the free gift of salvation offered following the first coming of Christ) will remain on earth witness the time of the Tribulation. These times are the worst ever seen by mankind before–even worse that the flood seen at the time of Noah.

But Jesus said, “Because you have kept My command to persevere, I also will keep you from the hour of trial which shall come upon the whole world, to test those who dwell on the earth.” To those who are faithful, God has provided a way to escape the trials of the tribulation. To accomplish this, God has implemented the idea of the Jewish wedding for the believing Church. Participation in the Marriage of the Lamb is provided for those who remain faithful. Let’s consider this analogy and our future hope to be the bride of the Lamb.

The Biblical concept of Marriage

I am fortunate to have had a caring, compassionate, and merciful wife for more than 40-years. To us, marriage is sacred, never to be defiled. Marriage is the mutual commitment of one man and one woman toward each other.

The Bible clearly teaches the concept of marriage when it says, “Therefore a man shall leave his father and mother and be joined to his wife, and they shall become one flesh.” (Genesis 2:24)

This fundamental truth, given by God, has become the most important human institution. The family is the glue that holds society together. As with many rituals within the Bible, marriage is a symbol involving the Messiah.

The relationship between Jesus and the Church is described in terms of the Jewish marriage system.

The marriage of the Lamb

All four components of the Jewish wedding ceremony are represented in the Marriage of the Lamb. Let’s examine these in sequence.

God the Father made the arrangements for His Son and paid the bride price; in this case it was the blood of the Messiah. Ephesians 5:25-27 says, “…just as Christ also loved the church and gave Himself for her, that He might sanctify and cleanse her with the washing of water by the word, that He might present her to Himself a glorious church, not having spot or wrinkle or any such thing, but that she should be holy and without blemish.”

At the present time, His love for the church is shown in His work of sanctification. To sanctify means to set apart for a holy purpose. Positionally, the Church is already sanctified; practically, the Church is undergoing a day-by-day process of moral and spiritual preparation. Sanctification occurs by the washing…of the word. The lives of believers are being cleansed as they hear the words of Christ and obey them.

So, in the past, Christ’s love was revealed in our redemption. In the present, it is seen in our sanctification. In the future, it will be displayed in our glorification. Jesus, the Christ will present her (His Bride, the Church) as a glorious Church. The Church will be presented without spot or wrinkle or any such thing, but…holy and without blemish. The Church will be presented in spiritual perfection.

A long time has transpired between the first and second steps of the Lamb’s Marriage. Yet, the second step (the fetching of the Bride) is still future, but gets closer every day. When the Messiah left this earth, He left to go and prepare a place for His Bride. John 14:1-3 tells us, “Let not your heart be troubled; you believe in God, believe also in Me. In My Father’s house are many mansions [dwellings]; if it were not so, I would have told you. I go to prepare a place for you. And if I go and prepare a place for you, I will come again and receive you to Myself; that where I am, there you may be also.”

When Jesus ascended into heaven following His resurrection, He went to heaven to prepare a place for His Bride. Though we don’t know much about this place, we do know that provision is being made (and is adequate) for everyone who has trusted in Christ alone for salvation.

The day is coming when come when Christ will return for His Church…it will be a singular event, i.e. it is the sort of event that will occur only once. There have been other singular events for example the flood of Noah’s day, the birth, death, and resurrection of Jesus, and others. But this will be a far greater event.

Jesus will come in the air in order to fetch His Bride to His home, which is in Heaven. We see from 1 Thessalonians 4:16-18, “For the Lord Himself will descend from heaven with a shout, with the voice of an archangel, and with the trumpet of God. And the dead in Christ will rise first. Then we who are alive and remain shall be caught up together with them in the clouds to meet the Lord in the air. And thus we shall always be with the Lord.”

Jesus will shout and the dead in Christ will be raised from the dead. The voice of the archangel might be the call to assemble the angels to serve as an escort to accompany the Lord and His saints through enemy territory back to heaven. The trumpet of God is the same as that mentioned in 1 Corinthians 15:52 and it has to do with the resurrection of believers at the time of the Rapture of the Church. It calls the saints (alive and dead) to eternal blessing. The sound of the trumpet of God in this case is the last trumpet blast for the Church. NOTE: the seventh trumpet of Revelation is the last for the unbelieving world.

The dead in Christ will rise first. The Rapture (to be caught up) of the Church, i.e. those who are alive when Christ comes to fetch His Bride occurs at about the same time. And all of this in the twinkling of an eye (1 Cor 15:52).

Only God the Father knows the timing of this event (Jesus said in the Olivet discourse regarding the events leading up to the tribulation—Matt 24:36: But of that day and hour no one knows, not even the angels of heaven, but My Father only.)

The third step will take place in heaven following the rapture of the Church. This is the marriage ceremony. That a marriage ceremony of the Lamb occurs is revealed in Revelation 19:7-8, “Let us be glad and rejoice and give Him glory, for the marriage of the Lamb has come, and His wife has made herself ready. And to her it was granted to be arrayed in fine linen, clean and bright, for the fine linen is the righteous acts of the saints.”

The wedding ceremony occurs in heaven after the Judgment seat of Christ as shown by the bride being dressed in white linen, which “is the righteous acts of the saints” (Revelation 19:8). All believers must all appear before the judgment seat of Christ, that each one may receive the things done in the body, according to what he has done, whether good or bad (2 Corinthians 5:10; see 1 Corinthians 3:13).

The host of the wedding (God the Father in this case) provides the wedding clothes following the cleansing by fire. The wedding ceremony includes only the Church saints and is completed before the second coming. The Church saints will return with Christ to end the tribulation period [this occurs after the Jews ask for the Messiah to return (Matt 23:39)]

The marriage supper will occur on earth after the second coming. And this is no mere supper—it is a FEAST. The marriage feast will include the Old Testament saints and the Tribulation saints along with the Church saints and it will occur (per Dan 9:24-27; 12:7, 11-12) during the 75-day interval between the second coming and the actual beginning of the Messianic Kingdom (Millennium). Some of Messiah’s Kingdom parables were in reference to the marriage feast (Matt 22:1-14; 25:1-13).

The invitation has already gone out (Revelation 19:9, “Then he said to me, “Write: ‘Blessed are those who are called to the marriage supper of the Lamb!’”). The result of the invitation is the resurrection and the wedding feast…it will last at least seven days and perhaps up to 70 days.

An Invitation for You

If you are a Christian, you are scheduled to be a participant in an upcoming wedding ceremony. Let us be glad and rejoice and give Him glory, for the marriage of the Lamb has come, and His wife has made herself ready (Revelation 19:7).

Have you made yourself ready?

What is your level of commitment to the one who gives eternal life?

No Replies to "Marriage of the Lamb"