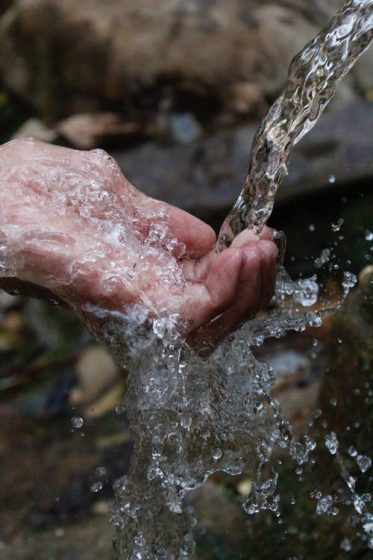 Last time we talked about the family tabernacle assignments of the Levitical tribes, focusing mostly on the tribe of Kohath. We sort of glossed over the responsibilities of Aaron’s two priest sons. I think we will swing back around at a later time to consider these two men. Continuing into Numbers Chapter 5 we read:

5 And the LORD spoke to Moses, saying: 2 “Command the children of Israel that they put out of the camp every leper, everyone who has a discharge, and whoever becomes defiled by a corpse.

Wait, what? Why is this next section in the book of Numbers? Wouldn’t it have been more appropriately placed in either Deuteronomy or Leviticus? From chapter one through chapter four, they’ve taken a census of eleven of the tribes identifying them as warriors and made camp assignments. The Levites were numbered and given assignments in both the tabernacle and what they were to carry when they were mobile after breaking camp. Now we are talking about putting people out of the camp, why?

This is the fifteenth post in the book of Numbers. This next detail of the book is usually something that is pointed out when a book is first introduced. However, it seems a more appropriate time to consider this particular attribute of the fourth book of the Old Testament.

When you hear, “the book of Numbers” what comes to mind? Are you thinking it is a book listing a whole bunch of instances of things being counted? Given the title would you expect there to be a significant amount of historical narrative found within its pages? How did the book come to be called “Numbers” and is it appropriately named?

The Book of Numbers takes its English name from the Septuagint which calls it Arithmoi, “Numbers.” The reason for this is that the book contains many statistics such as tribal population figures, the totals of the priests and Levites, and other numerical data. The Hebrew name is bemiḏbar, the fifth word in the book, and means “in the desert of.“

As a reminder, the Septuagint is the Greek translation of the entire Old Testament and was available during Jesus’ lifetime.

Whether the Septuagint translators should have renamed the book or not is an argument best left to others. I do, however, think considering the original Hebrew title of “in the desert of” sheds some light on the book’s content and maybe even its purpose.

The book of Numbers, whatever else it may be, is certainly an accurate historical account of God delivering the family of Israel from captivity and developing them into an organized nation with whom YHWH entered into covenant relationship.

The reason YHWH commanded the leper and unclean to be put outside the camp can be found in Deuteronomy 23:14.

14 For the Lord your God walks in the midst of your camp, to deliver you and give your enemies over to you; therefore your camp shall be holy, that He may see no unclean thing among you, and turn away from you.

Just think about that incredible truth! “For the Lord your God walks in the midst of your camp…” Can you imagine? Here is a nation, the only nation on the face of the earth, where the Glory of God physically appears in a pillar of cloud to lead by day, and a pillar of fire at night to lead them through the wilderness. When camped the whole nation could see the presence of God parked above the Mercy Seat in the Most Holy place. And this verse declares that YHWH walks among them in the midst of their camp! Doesn’t it seem reasonable that their Holy all-consuming fire God named YHWH would require Holiness in their camp?

I think all of chapter five could be summarized by saying, God will walk among the Holy!

How about the “camp” of the believer? Should we expect to live defiled unholy lives and still expect a Holy God to lead us, be the focal point of our worship, and walk among us? As New Testament people we are believers of a better covenant than Old Testament Israel, yet sometimes I fear we adopt a casual almost flippant attitude about sin and unholy behavior.

Often when one mentions sin or Holiness in today’s world some call “foul! Sounds like legalism!” Sure we could build ritualistic legalism around abstaining from sin or pursuing Holiness (and many have). However, I would argue that if we become legalistic about sin or Holiness we have most probably totally missed the mark concerning both!

Jesus our savior is sinless and Holy. He sets the standards by which we should live. Let’s agree with God and live in right relationship with Him!

God is worthy of all our praise and worship.

6 Oh come, let us worship and bow down;

Let us kneel before the Lord our Maker.