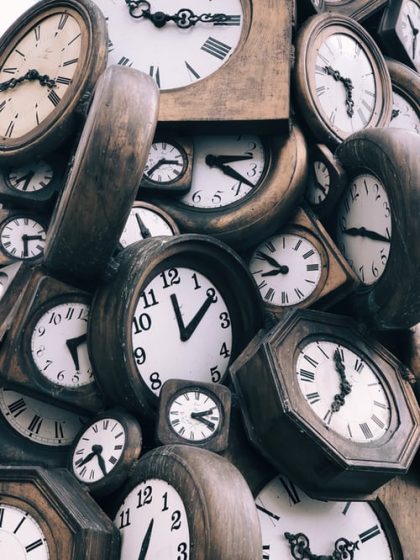 If you’ve been reading the Bible for any length of time you know that it stands out as the most unique book in all of human history. It is the only book on the planet authored by God Himself and penned by about forty different human authors, spanning around one thousand six hundred years. From the first chapter of Genesis through the last chapter of Revelation, the Holy Bible is God’s complete message to mankind. The book and its message are as relevant today as it was when the original ink was still drying on parchment.

Unless you are picking up a Bible for the first time you probably already know that it isn’t really a single book, but rather a collection of sixty-six books, grouped by covenants (both Old and New), and assembled into a single volume. The order in which we find each book in the collection does not fall sequentially on a timeline. Some of the books are chronologically ordered, where others are not.

Exodus is the book that immediately precedes the book of numbers. However, notice the chronology as we compare Exodus 40:17 to Numbers 1:1

1       Now the Lord spoke to Moses in the Wilderness of Sinai, in the tabernacle of meeting, on the first day of the second month, in the second year after they had come out of the land of Egypt, saying:

Both verses are talking about year two of the Nation’s departure from bondage in Egypt. The Exodus reference talks about month one, and the first verse of the book of Numbers talks about the second month. So far so good, right? Now skip ahead eight chapters and consider Numbers nine.

9:1       Now the Lord spoke to Moses in the Wilderness of Sinai, in the first month of the second year after they had come out of the land of Egypt, saying:

Chapter nine goes back to talking about what happened in the first month even though the first chapter begins in the second month.

You may wonder why I’m spending time (no pun intended) discussing the chronology of the Bible. The more time you spend observing and learning about anything, from a flower to a diamond, to a biblical passage, the greater your appreciation for the thing being considered. Remember, God was intentional in every detail during the construction of His divine word. The more careful we are to observe the details the more likely we are to understand the message.

Something I noticed when considering the order of events in the above-referenced passages, was their near proximity to one another. In the span of two short months, we see the completion of the tabernacle, a census of their warriors, and the commandment to observe the Passover.

We are just getting started in our study of the book of Numbers, but already I think we see that God doesn’t just make His will known. He gives detailed instructions to them and to us outlining exactly how He expects His will to be executed.

We need to stop saying the devil is in the details! All throughout the pages of the Bible, it is very clear that God Himself is in the details. How often have you or I wondered, “where is God”? Do we ever feel like He is distant, separated from our struggles – that by His absence He is communicating that He does not care? Sometimes we may feel we are alone in our struggles and pain. The truth is God is Omnipresent (everywhere all the time). He doesn’t leave us, we leave Him. Know that He is there, and that He is good, and that He cares.

You don’t know how to approach God? He instructed the children of Israel, He will certainly show you. You don’t know how to worship God? He taught the children of Israel, He can and will teach you. Do you ever question the faithfulness of God? Look to the Bible. You will not see a single instance where God failed to do what He said He would do. He is a loving and faithful God. He longs not to punish you, but to be in a meaningful relationship with you. It’s not based on what you’ve done, but rather on what Jesus has done for you.