Numbers 1 – From Slave to Warriors 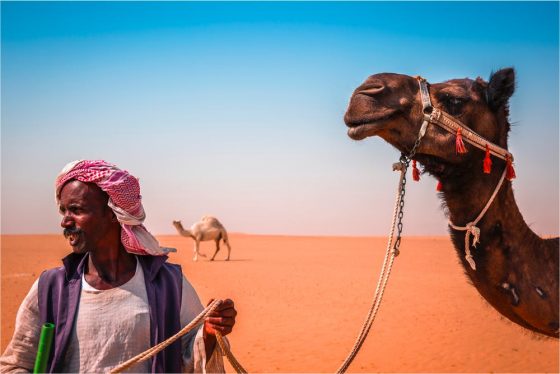 Walking through the earliest books of the Old Testament we watch the descendants of Jacob grow to become a sizeable nation in Egypt. They entered the land as friends but as God blessed and multiplied them we watch them become slaves under Pharoh’s dictatorship. After a time, God answers their sustained prayers for deliverance and at the right time He miraculously leads them out from under Egypt’s forced labor.

As modern-day readers of the account, I sometimes think it requires effort to remember this is no storybook fiction, but rather an actual Historical event. We need to slow our reading down enough to realize the generation of Israelites that Moses lead out of captivity into the wilderness had only known heavy-handed and cruel slavery. Up to this point, they had been living their lives as an oppressed, defeated people. The Exodus was a world rocking event for them. It was the first interruption in their generations-long experience of constant misery. They dared to obey God and trust Moses, packed up the whole nation and began their journey into the unknown.

As Numbers 1:1 clearly states it was a short two years after these Egyptian slaves were delivered from Egypt that YHWH speaks to Moses. What is it that the Sovereign of the universe says to this baby nation’s first leader? The next three words, found in the next verse tell us what was on God’s mind, “Take a census”.

Take a census? I wonder if Moses and the nation were as surprised as I think I would be. God, you just lead us out of captivity in a unique and supernatural way. We are still a people in training. We have only been learning to follow you for two years as you’ve led us through the wilderness day after day. Now our leader is in the tabernacle of meeting, you show up and say, take a census?

Remember God’s admonition in the book of Isaiah?

Nor are your ways My ways,” says the Lord.

So are My ways higher than your ways,

And My thoughts than your thoughts.

Ok God, you want me to count the people. Before Moses could ask Him why take a census YHWH says:

3       from twenty years old and above—all who are able to go to war in Israel. You and Aaron shall number them by their armies.

Have you ever been perplexed by what you think God is asking you to do? Put yourself in their shoes. God all we’ve ever known is slavery. We know how to shoulder heavy burdens and make bricks. We are slaves, not warriors! God’s perception of us is always drastically different than how we view ourselves. They saw themselves as slaves, God saw them as warriors. Another important truth to note is God’s expectations of us are not based on how we view ourselves, but rather based on what He declares us to be. If He says we are warriors He expects us to do warrior things!

Along with God’s commandment to count the people was His detailed instructions on how to carry it out. In verse 3 God says it is Moses and Aaron’s responsibility to see that the census happens, then immediately in verse four YHWH tells them who He has ordained to help them get it done.

The verses that follow at first glance appear to be another boring list of people that mean nothing to us. But remember, there are no throwaway verses or words in the Bible. God has been very intentional about what He wanted to be recorded in His eternal word.

Next time I want to talk about the significance of one of the people listed here in chapter one. You won’t catch it by what we read in chapter one – we’ll have to consult other biblical passages.

I am often amazed and bless beyond expectation when I realize we possess the word of God today as an act of His incomprehensible love for us. Hard to believe as it is, YHWH wants us to know His mind and His heart. Learn to read His word, study His word, and love His word!

God is truly worthy of our adoration and attention!

3 Replies to "Numbers 1 - From Slave to Warriors"