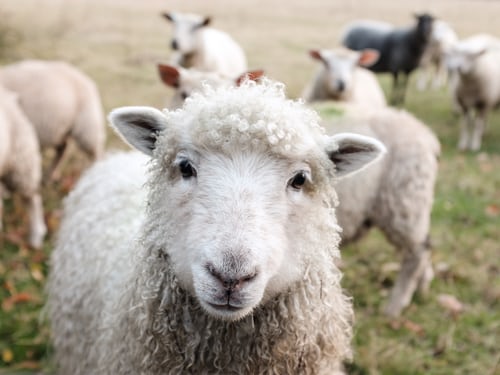 In the first chapter of Numbers YHWH tells Moses to count all of the men able to go to war from eleven of the twelve tribes. The Levites were specifically excluded from the census because God had a different and specific purpose for them. Numbers 1:46 reveals 603,550 warriors identified for combat.

Why exactly were the Levites exempted from war? Let’s consult the word of God.

49       “Only the tribe of Levi you shall not number, nor take a census of them among the children of Israel;

The book of Exodus details God’s instructions for the construction of the tabernacle of Testimony. This tabernacle, מִשְׁכָּן (mishkan) in the Hebrew, meaning dwelling place, was unique among all other structures on the face of the earth. It was similar to the Ark that God commanded Noah to build in that it was designed by God and built by man. But the tabernacle was different from the Ark in that the Ark was designed for man and the animals to dwell in, but the tabernacle was where God Himself chose to dwell.

The total population of the Nation of Israel is estimated to be somewhere around two million people at this point in their history. If you stop and think about the sacrificial system commanded by God and observed by Israel, it would require an entire tribe to realize all that God commanded.

The above three verses are clear. The Levites were ordained by God to care for the tabernacle itself, all of its furnishings, and everything belonging to it. Aaron and his whole tribe were responsible for setup, teardown, and transportation. If you were an outsider (anyone not a Levite) and drew near, you would be put to death as the last sentence of verse fifty-one warns.

It’s interesting to me that in the very first chapter of this book YHWH identifies an army to occupy the land He will give them, and identifies a priesthood so He can occupy the temple in their midst.

I’ve never realized this before, but YHWH will only dwell among a people who have entered into covenant with Him. I suspect this is the exact reason the pagan nations needed to be driven out of the land the Israelites were commanded to occupy. Pagan worship and worship of the one true God cannot be conducted in the same place. Both the establishment of an army and the establishment of the tabernacle were about entering into relationship with the living God.

One last observation concerning the Levites in chapter one. Though it may seem at first glance the Levites escaped the blood of war, it could be said they had a bloodier experience than their brothers marked for war – the blood of the sacrifices. I’ll have more to say about the Levites as we work our way through the book of numbers because they were a people called, consecrated, and ordained in the service of the living God.

An Israelite had no access to God and no way to deal with their sin without the involvement of a go-between, a Levitical priest. In contrast, Jesus Christ is the fulfillment of the law and is Himself our go-between.

We don’t bring a bloody sacrifice, Jesus Himself was that sacrifice. We are not in danger of death as we approach the dwelling place of YHWH.

14       Seeing then that we have a great High Priest who has passed through the heavens, Jesus the Son of God, let us hold fast our confession.

15       For we do not have a High Priest who cannot sympathize with our weaknesses, but was in all points tempted as we are, yet without sin.

16       Let us therefore come boldly to the throne of grace, that we may obtain mercy and find grace to help in time of need.

Because of the finished work of the cross of Jesus Christ we are not the outsiders of Numbers chapter one. We are able to come boldly to the throne of grace – actually into the very presence of the living God. What will we find in His Holy presence? Not judgment and death, but mercy and grace.

May we as believers never forget the significance of the blood of Jesus Christ. There truly is power in the blood.

God is aweful (full of awe) and is worthy of all praise, worship, and adoration.