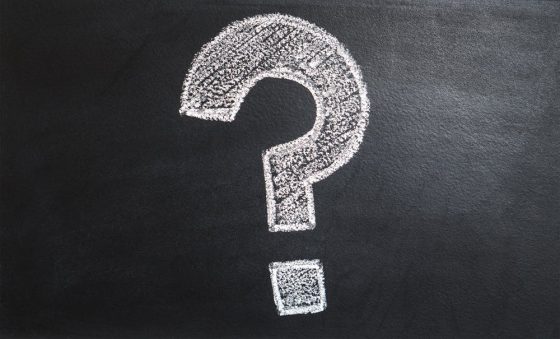 My Pastor is fond of saying, and I’m fond of hearing, “review is the mother of all learning.” Don’t worry, I’m not going to review our previous discussions in the book of Numbers (didn’t mean to scare you). I agree with my Pastor. He might agree with me (maybe) in saying that principles worth knowing are worth hearing over and over again. Ok, I admit I’m about to repeat myself and maybe I’m just trying to justify it. Because I see it as critically important, I feel the need to once more encourage you to slow your reading of the Bible down and take notice of the details.

I think the modern-day tendency when reading the scriptures is to read past so much of the scriptures in an effort to get to the good stuff. This seems to be especially true if a given passage is genealogical in nature or is one with which we are particularly familiar. This hurried approach to our personal time in the Bible tends to bleed over into how we listen to messages we hear from the pulpit. If the orator of the word of God could hear our thoughts it might sound like, “yes, yes, I already know that! Can you just fast-forward to something new and exciting?? I’ve been a Christian for a long time, give me something new, something relevant to my life and situation!”

We are currently moving pretty slowly through the book of Numbers, yet we’ve skipped over quite a lot of detail. Last time I talked about Numbers 3:12-13. I have one more thing to say about that passage before moving on.

Remember the Levites were designated a substitution for the firstborn of all the tribes. We are told later on in Numbers 3:38 that anyone other than a Levite (an outsider) that approaches the temple will die.

If you happen to be a skeptic reading this post looking for incongruities in God’s Word, hold on I’m about to serve one up to you (temporarily). Remember the story of Samuel?

Let me summarize. Elkanah had two wives. His wife Hannah had no children. On one of the yearly trips to the tabernacle she prayed in 1 Samuel 1:11.

27       For this child I prayed, and the LORD has granted me my petition which I asked of Him.

28       Therefore I also have lent him to the LORD; as long as he lives he shall be lent to the LORD.” So they worshiped the LORD there.

11       Then Elkanah went to his house at Ramah. But the child ministered to the LORD [YHWH] before Eli the priest.

So what’s the problem? The problem is Samuel was not a Levite, he was from the tribe of Ephraim. What happens if someone other than a Levite approaches the tabernacle? Numbers 3:38, they are put to death! Is this a contradiction in the word of God? Why didn’t God command that Samuel be put to death?

The answer is in 1 Samuel 1:27-28. Samuel was a firstborn. Remember in Numbers 3:12-13 God took all the firstborn for Himself, then substituted the whole tribe of Levi. In Hannah’s prayer, she proposed to God that if He would give her a firstborn she would remove the Levitical substitution from him and he would serve YHWH for his whole life!

God willingly entered into a covenant with Hannah as evidenced by the fact that He did indeed grant her a child and then received him into the Levitical service. Sorry Mr. Skeptic, It turns out there is no incongruity here after all. Hannah did not operate in presumption but rather approached God in faith, which God richly rewarded.

God follows His own laws! Following His example, shouldn’t we then also obey His Word?

Say it with me, “God and God alone is worthy of all praise, worship, and obedience!”