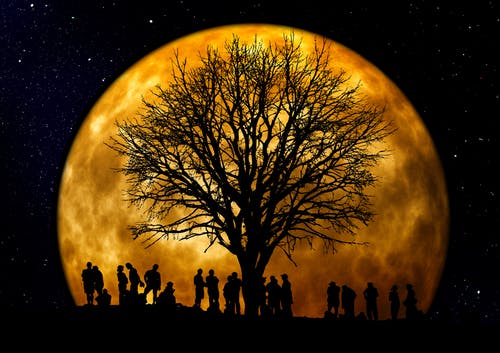 I’m sure it makes sense to you that in order to understand the fourth chapter of Numbers, one must understand the third. I’m not going to review chapter three, but I do want to connect it to chapter four by providing a simple three-point outline.

Chapters three and four are about the family lines of the sons of Levi, Gershon, Kohath, and Merari. Here’s a brief outline of chapter four.

In studying through chapter four, some interesting details came to light. Look at how the chapter begins.

2       “Take a census of the sons of Kohath from among the children of Levi, by their families, by their fathers’ house,

3       from thirty years old and above, even to fifty years old, all who enter the service to do the work in the tabernacle of meeting.

From what I am able to ascertain Gershon was Aaron’s firstborn, but God doesn’t begin with instructions for the families of Gershon. He begins with the Kohathites. Why? I believe it is because the service YHWH required of the family of the Kohathites was the most prestigious and dangerous.

4       “This is the service of the sons of Kohath in the tabernacle of meeting, relating to the most holy things:

18       “Do not cut off the tribe of the families of the Kohathites from among the Levites;

19       but do this in regard to them, that they may live and not die when they approach the most holy things: Aaron and his sons shall go in and appoint each of them to his service and his task.

20       But they shall not go in to watch while the holy things are being covered, lest they die.”

Of the families of Levites (Gershon, Kohath, Merari) given duties in Numbers chapter four, only Kohath had a serious warning issued from God. 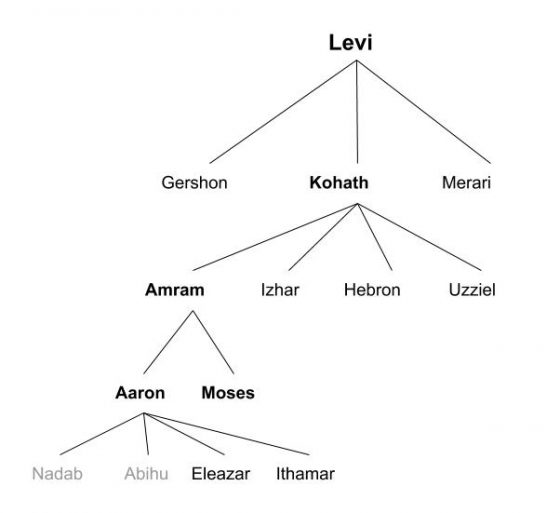 The Levitical family of Kohath was responsible for both the Holy and Most Holy places. If you consult the image I’ve provided of Aaron’s family lineage, you’ll notice something fascinating. Moses, Aaron, and Aaron’s sons were Kohathites! Only Kohathites, under threat of death, ministered in, took care of, and carried the Holy and Most Holy places! As a matter of fact, Aaron’s oldest two sons (Nadab and Abihu) did lose their lives because they violated YHWH’s instructions offering “strange fire”.

Moses was God’s prophet and servant, Aaron was God’s High Priest, and Aaron’s sons (Eleazar and Ithamar) were God’s Priests in the presence of Aaron.

5       So also Christ did not glorify Himself to become High Priest, but it was He who said to Him:

Today I have begotten You.”

“You are a priest forever

According to the order of Melchizedek”;

Incidentally, remember Numbers 4:3? If Jesus was a Priest after the order of Levi instead of Melchizedek, He would have been compelled to serve in the temple instead of beginning His earthly ministry! Additionally, as a Levite Jesus could not have been the perfect sacrifice for sin because lambs were sacrificed not Levitical Priests! God is in the details!