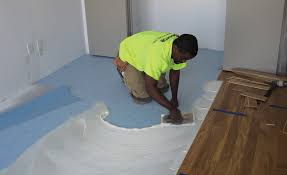 I would like to point out something present in the text we are studying in Numbers chapter 5. This “something” is maybe less obvious but nonetheless influences our understanding of the passage. I’m not sure this thing I want to discuss is necessarily a theme, it’s almost more of an underlayment supporting and keeping level the foundation for the passage.

I see this underlaying concept all throughout scripture, both Old and New Testaments. When I mentioned it your response may very well be, “oh yeah, that”. Before I introduce this concept I offer a warning. Because of its prolific presence throughout the scriptures, many have suggested it is the central theme of the entire Bible. If we determined the Bible to have a single central theme, then I would disagree that this is it. We must take care not to reach conclusions about the Bible’s overall theme without doing our due diligence examining the evidence thoroughly. But we’ll leave that discussion for another time lest we get pulled too far off the topic.

34       But when the Pharisees heard that He had silenced the Sadducees, they gathered together.

In verse 5 a man or woman commits sin breaking faith with YHWH. As we keep reading we discover the sin was not only against God but also against an individual. He/she must confess, denoting relationship with God, then make reparation or restitution denoting relationship with man. If restitution cannot be made with the offended man or his family, then it is made to God (verse 8).

14       And the Word became flesh and dwelt among us, and we beheld His glory, the glory as of the only begotten of the Father, full of grace and truth.

17       For the law was given through Moses, but grace and truth came through Jesus Christ.

I absolutely love plumbing the depths of God’s Holy Word! When I take the time to prayerfully study the Word in relationship with my Redeemer Jesus, I am blessed beyond measure. Nothing can reveal the face of our God except His Holy Word by the power of His Holy Spirit.

As John 1 begins to reveal, if we are to be in right relationship with God, it must be through His Word as represented in the person of Jesus the anointed one, the Christ.

If you are down, if you are in despair, need encouragement, lack strength. Spend your last little bit of energy surrendering to YHWH. Invest in relationship with God and His Word through prayer and he will renew your strength.