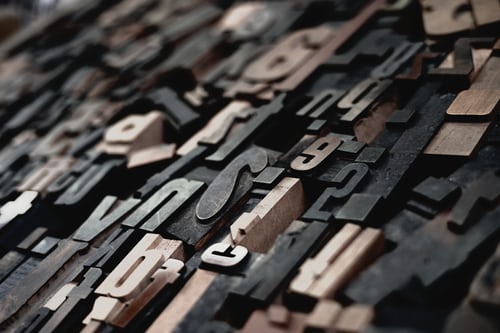 I have three children and I was truly honored to be present for the birth of all three of them. Would you believe me if I were to tell you as an eyewitness all three of them were born babies? No, no it’s true! Not one of them was born a mature being in full command of their faculties. All three of them had to learn to talk and learn to control their bodies so they could walk (and run). They all went through a process of learning to control their arms so they could reach the things they wanted. Additionally, all three of our children were guided by my wife and myself through much of their maturing process. From what I understand there is enough empirical evidence to reasonably conclude this is true for every single person ever born. I am sure you will heartily agree that this process of growth that every baby goes through is by God’s design.

Do you know it was no different for this newly born Nation of Israel we have been learning about in the book of Numbers? God took them through a process. We aren’t too many chapters into the book. You could read Numbers chapters 1-6 straight through and notice there is a sequence of events suggesting process in establishing this new relationship between Yahweh and the children of Israel. Incidentally, although I can’t prove it I believe God called them “the children of Israel” for two reasons. One they were the progeny of a man named Israel, and two they were but children from God’s perspective.

Once again the Covenant, Personal God of Israel has an imperative for His servant Moses. The imperative to Moses is to deliver a message from YHWH to Aaron and Aaron’s sons. Aaron and his sons are then to communicate a very specific blessing to the Israelites. If we use our powers of observation we notice in verses twenty-two and twenty-three that God’s message of blessing is intended for the “children of Israel”. The nation is the target of God’s message of blessing. By Heavenly design, the blessing is transmitted via two proxies – Moses first, then Aaron and his sons.

Let me be careful to point out I am not suggesting Moses, Aaron, and Aaron’s sons were merely spokesmen for the blessing and not recipients themselves. I think it is worth noting that when God does something, oftentimes there is a progression or process that involves more than one individual. Why does God seem to work that way? The short answer is because He and He alone is God. He can do what He wants. I won’t pretend to know why God does what He does. And yet I have noticed that when more than one person communicates God’s will it is less likely that the individual is exalted.

Maybe a couple more observations before we move on. You’ll notice this particular blessing is unconditional. What does that mean? It means the blessing is commanded regardless of the nation’s behavior. God did not say, “if the people do this and not that then use this blessing”.

According to Gesenius’ Hebrew-Chaldee Lexicon to the Old Testament, one phrase in the range of meaning is “to invoke God”. So think about this. Even though we may not assign much value to “invoking God” on someone, blessing them with words, it really is the only one of the three items in the list that has eternal value.

I’d also like to point out that this blessing was specifically delivered to Aaron and his sons, through Moses, to the Nation of Israel. It was not given to any other nation. This was a blessing from the covenant God YHWH to the covenant people Israel. If we can claim this blessing as our own as believers, we must do the work of finding scriptural proofs to support the idea.

God has been dealing with the Nation of Israel for thousands of years and will be doing so until the end of history. If the Bible is true (it is), they will not come into full maturity as a Nation until about the end of all time.

I think sometimes as believers we get frustrated that we aren’t further along in our relationship with Jesus. Somehow we’ve decided we should be much more mature than we are, and maybe that’s true. But remember, it is a process that has been designed by God, initiated by Jesus, and overseen by the precious Holy Spirit.

Though it is important to not lag behind where God would have us, it is equally as important we don’t run out ahead of God. Truly blessed is the man who finds that wonderful place of rest in the grace of God.