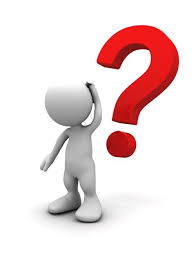 Last time I introduced the Nazirite vow as recorded in Numbers chapter six. We considered what the vow was and the components of the vow. We discovered the person taking the vow must start by a consecrating sacrifice to YHWH. The individual under the vow could not shave his head, drink any type of alcohol nor drink or eat anything from the grapevine. Additionally, the Nazirite must abstain from touching a dead body. The person under the vow could not even bury family members. All these things must be strictly observed for the duration of the vow. Verse eight summarizes the vow requirements.

Numbers 6:9-12 detail what happens if the Nazirite vow is broken due to the promise maker accidentally coming into contact with a dead body. Interestingly, it is the only part of the vow that could be restored if accidentally broken. There is no provision for restoration if the vower were to be in violation because he drank wine, or ate a grape. It was simply expected that the Nazirite vow, once started would be completed.

In a very high-level summary, the Nazirite would have to begin his vow over from the beginning, by shaving his head and offering sacrifices as prescribed. You can read about it in Numbers 6:9-12.

I’ m sure you’ve noticed that almost every artist paints Jesus as having long hair, right? Ever wonder why considering the Apostle Paul tells us that it is a shame for a man to have long hair?

14 Does not even nature itself teach you that if a man has long hair, it is a dishonor to him?

I will guess and tell you the artist was operating under the assumption that Jesus was a Nazirite – had taken the Nazirite vow. Let’s consider that for a few moments.

There is zero scriptural indication that Jesus took the Nazirite vow, or was placed under the vow before he was born as is the case with the three biblical characters, Samuel (1 Samuel 1:11), Sampson (Judges 13:7), John the Baptist (Luke 1:15), who were under lifetime vows.

23       And he came and dwelt in a city called Nazareth, that it might be fulfilled which was spoken by the prophets, “He shall be called a Nazarene.”

Maybe the confusion comes from the similar-sounding words Nazirite and Nazareth? Remember that Nazirite is a Hebrew word meaning “separate or consecrated”. Nazareth is from a Hebrew word that means “branch”. They are two unrelated words.

Consider the contrast between John the Baptist and Jesus, offered by Jesus Himself.

33       For John the Baptist came neither eating bread nor drinking wine, and you say, ‘He has a demon.’

34       The Son of Man has come eating and drinking, and you say, ‘Look, a glutton and a winebibber, a friend of tax collectors and sinners!’

You and I both know that Jesus was neither a glutton nor a drunk, but had He been under the Nazirite vow His enemies would have accused Him of violating it.

How many dead bodies did Jesus touch? And yet we have no record of Him shaving His head and offering sacrifices in the temple as the Numbers 6 passage demands. Although an exhaustive study of whether or not Jesus was a Nazirite is beyond the scope of this devotional, I hope I have offered enough scriptural evidence to convince you He was not.

Do you realize that if Jesus would have taken the Nazirite vow then touched a dead body that would make Him unclean under the law? Jesus was no lawbreaker. As a matter of fact, Jesus is the only one who has or ever will keep the law perfectly.

Isn’t God’s Holy Word amazing? Over and over again I marvel at the detail provided within the pages of both the Old and New Testaments. Can a mortal man ever plumb the depths of this incredible book? If we spend an eternity studying His message to us could we ever really comprehend all that He has so graciously communicated to us?

The Nazirite vow is just one example of how God expects man to honor his contractual word. God does not deviate from His promises, and He expects us to keep ours. He is forever faithful. There is no provision for “if God violates His vow” because He never will.

God is worthy of so much more than we could ever give. I’m glad we believers will spend all of eternity praising and worshipping Him!