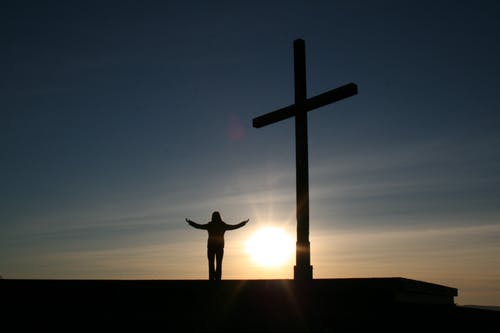 At the risk of sounding obvious to those of you who regularly encounter God’s divine book, let me say that the Holy Bible is an incredibly interesting and powerful literary collection. One might argue it gives details about two major religions of the world, Judaism and Christianity. Not only so but this ancient book chronicles historic details of various cultures. Additionally, it accurately describes geographical locations so precisely that modern-day archeologists are sometimes amazed to discover locations mentioned within its flawless pages. Written by over forty different authors inspired by the Holy Spirit over a span of about 1600 years it is without a doubt the most unique book ever penned. This amazing work includes, but is not limited to historical narrative, poetry, songs (Psalms, Song of Solomon, etc.), accurate prophecy, detailed genealogies, four different accounts of the life of Jesus, and letters from early church leaders to their congregations.

Aside from the Bible’s incredible accuracy, if it were merely a religious book conjured up in the mind of man it would probably not include many of the mundane details we regularly encounter. Numbers chapter seven is one such mundane passage to which I am referring.

Maybe your reverential sensibilities have been offended by me calling Numbers chapter seven mundane. You think it’s sacrilegious to call any of the scripture mundane, and yet you and I often treat the details as such as we race over the less interesting details to get to the “good stuff”.

Well, it’s time to level with you. I don’t see Numbers chapter seven as the least bit mundane. Actually, quite to the contrary, the details in this amazing chapter weave a gorgeous tapestry of vivid imagery if we would but train our eyes upon it long enough to notice.

The overarching backdrop of Numbers chapter seven can be summarized by this sentence fragment in verse one, “…when Moses had finished setting up the tabernacle..”.

We must read the whole chapter to understand that the key verse is the last one. I hope you have a Bible nearby and will take the time to read Numbers chapter seven.

89       Now when Moses went into the tabernacle of meeting to speak with Him, he heard the voice of One speaking to him from above the mercy seat that was on the ark of the Testimony, from between the two cherubim; thus He spoke to him.

Verse eighty-nine records a first-time epic event in the history of mankind! A voice spoke from above the mercy seat! Context tells us clearly that this voice belongs to Yahweh Himself. What were the events leading up to this monumental occasion? Verse one through eighty-eight were not incidental details but rather pre-request to verse eighty-nine.

I submit for consideration, if Moses had not, “…finished setting up the tabernacle..”, and if the leaders of the people had not brought offerings, then we would never have verse eighty-nine. Look at it this way. The “voice of One speaking to him from above” could have happened immediately after the ark of the covenant was constructed. But the voice of God shows up after Moses gets everything in place (vs 1), and after the leaders of the tribes bring an offering (vs 2-3), and after the offering was given purpose (verse 5) and distributed (vs 7-9).

Let’s spend a moment considering Number 7:89. We often call this Old Testament structure Moses entered “the tabernacle”, but notice how it is referenced here. It is called “the tabernacle of meeting”. The name communicates its purpose. This was not simply some structure where the people could practice some set of religious rituals. If that was its purpose it might appear the only difference from the surrounding pagan temples was that it was portable whereas the pagans had buildings. The surrounding people groups chose to practice their rituals to pagan gods in a building, but Israel chose to worship the true God in a tent. But no, this was not a construct designed by man. Yahweh was the heavenly architect and His purpose was for it to be where God Himself would meet with the Old Testament man!

Next, notice from where the voice that Moses heard was coming. Above the mercy seat, between the cherubim and not the ark itself. Too often man worships things instead of the God of those things. The brass pole Moses constructed in the wilderness eventually needed to be destroyed because the people started worshipping it! How many idols in their day and ours are worshipped as if they possessed some innate power or were gods?

But there was no misplaced worship going on in this passage. God was and always is above even the holiest of places or things. He and He alone deserves not only our respect but our wholehearted worship and devotion. Hebrews 12:29 describes God as a consuming fire and yet He interacted with Moses and the nation in centuries past and not only interacts with but lives within the believers in Jesus today.

Yahweh met with Moses, Aaron, the priests, and the people, but He did so on His own terms. The living God Yahweh is no different today. He will meet with us today, but it will always only be on His terms. He will not approach us, and we cannot approach Him, unless it is done according to His design.

Jesus said it best in response to Thomas’ confusion.