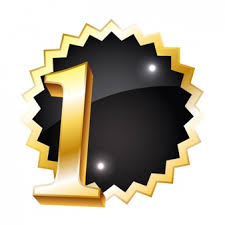 I went for a walk today,

Down the street I drive each day.

Nothing really looked the same,

On my trek down familiar lane.

But now the details can talk.

They speak of sight, sound, and smell

Is this all new? I can’t really tell.

Blessing and refreshing me.

Now I know I can slow down,

And really notice this town.

I was thinking specifically about the difference between reading the Bible devotionally and doing a detailed studying of a given passage when I wrote the above poem.

Continuing the metaphor introduced by the above poem, our human tendency is to speed up, not slow down when encountering a list of names. At first glance, it might seem boring, but let’s discipline ourselves to slow down and notice some details in the logical chunk in chapter one verses five through sixteen.

As we saw last time, God told Moses and Aaron to take a census of all the men who were able to go to war. YHWH tells Moses in verse four to get some help from each of the tribes.

4       And with you there shall be a man from every tribe, each one the head of his father’s house.

I’ve included verses five and six for context, but verse seven is what I want to spend some time on.

5       “These are the names of the men who shall stand with you: from Reuben, Elizur the son of Shedeur;

6       from Simeon, Shelumiel the son of Zurishaddai;

In verse seven we are introduced to a man named Nahshon. He is the son of a man named Amminadab. Nahshon is from the tribe of Judah. I just restated verse seven, so what else could possibly be said about Nahshon? Let’s skip down to verse sixteen.

16       These were chosen from the congregation, leaders of their fathers’ tribes, heads of the divisions in Israel.

In verse sixteen we learn that Nahshon, like the men listed from the other tribes, was actually a leader (some translations say prince) among his tribe. Verse Numbers 1:7 is not the first time Nahshon is mentioned.

23       Aaron took to himself Elisheba, daughter of Amminadab, sister of Nahshon, as wife; and she bore him Nadab, Abihu, Eleazar, and Ithamar.

Did you know that Aaron wife’s name was Elisheba? Her dad’s name was Amminadab, and her brother’s name was Nahshon. Nahshon, the prince of Judah was a brother-in-law to Aaron the priest and was called upon to number all of the men capable of going to war in his tribe. Already this man has become more interesting than Numbers 1:7 indicates.

Is there anything else noteworthy about Nahshon Ben (son of) Amminadab? Consider Numbers 2:1-3

3       On the east side, toward the rising of the sun, those of the standard of the forces with Judah shall camp according to their armies; and Nahshon the son of Amminadab shall be the leader of the children of Judah.”

When the Israelites were camped in the wilderness they encompassed twelve square miles where around two million people lived. As a point of reference, Mandan North Dakota occupies just over 11 square miles accommodating about twenty-two thousand people. The tribes were assigned by God specific locations around the tabernacle. The families of the tribe of Levi camped around the tabernacle providing a separation between the tabernacle and the rest of the tribes. Nahshon’s tribe of Judah received the very first assignment. They camped directly east of the tabernacle.

11       For the Lord said to Moses, “They shall offer their offering, one leader each day, for the dedication of the altar.”

12       And the one who offered his offering on the first day was Nahshon the son of Amminadab, from the tribe of Judah.

Moses had the tabernacle constructed following the detailed plans he received directly from God. The people were counted, now it was time to dedicate the tabernacle for use. Each of the leaders of the twelve tribes offered sacrifices, but it was Nahshon who offered the first one.

13       So they started out for the first time according to the command of the Lord by the hand of Moses.

14       The standard of the camp of the children of Judah set out first according to their armies; over their army was Nahshon the son of Amminadab.

When Israel broke camp it was Nahshon and the tribe of Judah that lead the procession. Thirty-some years ago I heard a man who had visited Israel say that the modern-day Jew calls Nahshon Ben Amminadab Israel’s number one.

I loved discovering the above details about Nahshon’s life, but the most impressive thing to me was found in the first book of the New Testament.

Nahshon is not only brother-in-law to Aaron the first of Israel’s priests, but he finds himself in the lineage of Jesus the Messiah!

In these few biblical references of Nahshon son of Amminadab, we don’t read about any great exploits. Other than his family associations and the fact that he was a leader of the tribe of Judah, what we know of his life seems pretty unremarkable. As we read about him we get the sense that he faithfully carried out the seemingly menial tasks assigned to him.

How about you and me? Maybe we will never do anything remarkable or noteworthy for Christ. But will we faithfully execute even the minutest task in service of our Savior and King?

To appreciate the beauty of a flower we don’t have to put it under a microscope every time. Nor do we need to do detailed studies every time we encounter the Bible, but we should slow down often enough to appreciate the richness of God’s Holy Word.