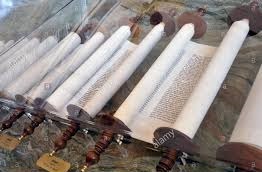 I considered writing about Psalm 139:14 which talks about being fearfully and wonderfully made. The first thing I did was to begin reading at the top to get the overall context for the verse. I thought I could summarize the first thirteen verses, then for the purpose of our study emphasize verse fourteen. After examining the verse like a jeweler scrutinizes a diamond and extolling every facet, I could then fit it back into the setting of the rest of the chapter. But I fell in love with all of Psalm 139.

The truth is verse fourteen is probably the most well known verse in this Psalm and often the other verses receive little or no attention. What a shame! Let’s not be guilty of the same crime. Let’s take some time to consider the whole Psalm, beginning in verse one.

Interestingly, when studying passages in other books of the Bible one must be careful to consider surrounding chapters to make sure the study is well grounded in its literary context. This is not true for the book of Psalms because each Psalm is a complete unit and is not related to the previous nor following Psalm in the collection.

The word “O” at the beginning of verse one does not actually exist in the source language (Hebrew), however, most if not all of the major translations do include it. It is used as an interjection and does not affect the meaning of the verse by its presence.

The first word we come to in the Hebrew is the word presented to the English reader as “LORD”. It is יְהֹוָה and is the Hebrew tetragrammaton represented in English as YHWH, often transliterated Yahweh. It is the personal name of God, and is the very name He used when entering into covenant with the Israelites. It is fascinating to consider the personal name of God is the first word encountered in a Psalm declaring a very personal, intimate relationship between the psalmist and the creator of the universe.

Next consider the word “searched”. It is the Hebrew verb חָקַר (haqar). What does it mean that God has searched the Psalmist? It means that God has investigated him. According to Gesenius’ Hebrew and Chaldee lexicon to the Old Testament Scriptures, “The primary idea is perhaps that of searching in the earth by digging, so that kindred roots are [exposed].” This certainly communicates God’s thorough examination of the man, which then leads the psalmist to the easy conclusion God has, “known me”.

Piecing together what we have learned we may accurately understand the verse to be saying, “O Yahweh, You very personal and promise making God, You have thoroughly investigated me as if You were digging to expose the roots of a tree. You have discovered my very foundation, my source of life – You know me that well!”
To fully understand this beautifully graphic Psalm, it is important to note each of the Psalms are written in the Hebrew poetic form known as parallelism. There are many types of Hebrew parallelism and not all of them are easy to distinguish. I would venture to say, that many of the Psalms make use of more than one form of parallelism. The English speaking student of the scriptures may be a bit restricted in his understanding of Hebrew parallelism without fluency in the ancient language. Nevertheless, our appreciation of the Psalms in general and Psalm 139 in particular is enhanced the more we understand Hebrew parallelism.

The following section from Opening up Psalms by Roger Ellsworth, does an excellent job of defining and giving examples of the main forms of parallelism encountered in the Psalms.

The psalms display primarily three types of poetry. Synonymous parallelism is on display when the second line of a poem uses similar words to express the same thought as the first line. An example of this is:

O LORD, do not rebuke me in your anger,
Nor chasten me in your hot displeasure
(Psalm 6:1).

Antithetical parallelism takes us to the other end of the spectrum. Here the second line expresses the opposite of the first:

The wicked borrows and does not repay,
But the righteous shows mercy and gives
(Psalm 37:21).

God is our refuge and strength,
A very present help in trouble
(Psalm 46:1).

Ascending parallelism takes place when succeeding lines repeat some words from the first line and complete the thought: