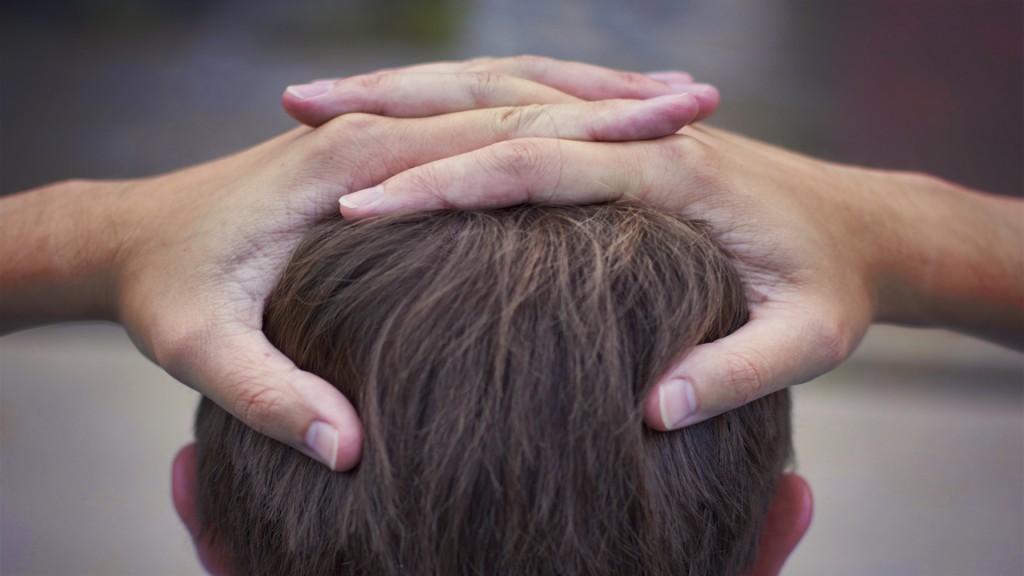 What we wear is in many ways a reflection of how we perceive ourselves. When I earned my first varsity letter in high school, I immediately bought a school jacket to mount my letter. Eventually, I had a letter-sweater, a letter-windbreaker, etc. Why? Because I was identifying with my high school and I perceived myself as a warrior for the school. I proudly put on my school colors.

As I moved from high school to college, the scenario repeated itself. I didn’t need to wait to earn my first letter because clothes with the school logos were available everywhere on campus. Again, I identified with the school and wore the colors of the school.

As college athletes, we were expected to not only identify with the school, but also to conform to the rules of the school. We conform and identify with our school by “putting on” certain clothes. The same is true in our Christian lives. We are to “put on” Christ.

Romans 13:11–14 says, “And do this, knowing the time, that now it is high time to awake out of sleep; for now our salvation is nearer than when we first believed. The night is far spent, the day is at hand. Therefore let us cast off the works of darkness, and let us put on the armor of light. Let us walk properly, as in the day, not in revelry and drunkenness, not in lewdness and lust, not in strife and envy. But put on the Lord Jesus Christ, and make no provision for the flesh, to fulfill its lusts.”

This passage reminds us to know the time—literally to know the season. Paul reminds us to wake up because today is one day closer to the second coming of Christ then it was yesterday. The time for rest is over and the coming day means it is time to go to work. We need to stop doing those things that are done in the darkness—Satan rules the night. We are to put on the armor of light. We are soldiers in a conflict who need to be alert and equipped for battle (Eph. 6:10–17; 1 Thes. 5:8). Upright, Christ-honoring living is often referred to as being in the light (John 12:36; Eph. 5:8, 14; Col. 1:12; 1 Thes. 5:5; 1 John 1:7; 2:10).

The passage encourages us to conform to Christ by living a moral and upright life. We identify with Christ when we “put on the Lord Jesus Christ.” So, what does our conforming and identifying look like?

As Christians, our character or behavior should correspond to that of Christ. Believers are not to conform to the ways of this world but are to be conformed to the image of Christ.

Romans 12:2 — And do not be conformed to this world, but be transformed by the renewing of your mind, that you may prove what is that good and acceptable and perfect will of God.

1 Peter 1:14 — …as obedient children, not conforming yourselves to the former lusts, as in your ignorance…

We are conformed to Christ by being completely united with him.

Romans 6:3–10 — Or do you not know that as many of us as were baptized into Christ Jesus were baptized into His death? Therefore we were buried with Him through baptism into death, that just as Christ was raised from the dead by the glory of the Father, even so we also should walk in newness of life. For if we have been united together in the likeness of His death, certainly we also shall be in the likeness of His resurrection, knowing this, that our old man was crucified with Him, that the body of sin might be done away with, that we should no longer be slaves of sin. For he who has died has been freed from sin. Now if we died with Christ, we believe that we shall also live with Him, knowing that Christ, having been raised from the dead, dies no more. Death no longer has dominion over Him. For the death that He died, He died to sin once for all; but the life that He lives, He lives to God.

2 Corinthians 4:10 — …always carrying about in the body the dying of the Lord Jesus, that the life of Jesus also may be manifested in our body.

We are conformed to Christ in his death.

Philippians 3:10 — …that I may know Him and the power of His resurrection, and the fellowship of His sufferings, being conformed to His death…

We are conformed to Christ in his resurrection.

Ephesians 2:4–6 — But God, who is rich in mercy, because of His great love with which He loved us, even when we were dead in trespasses, made us alive together with Christ (by grace you have been saved), and raised us up together, and made us sit together in the heavenly places in Christ Jesus…

In addition to conforming to Christ, we need to become imitators of Christ.

Imitation involves following the example or copying the actions of another person. Christians are called upon to become Christlike. Becoming like Jesus Christ is, however, the result, not the condition, of conversion.

Jesus Christ is the example for believers

Matthew 16:24 — Then Jesus said to His disciples, “If anyone desires to come after Me, let him deny himself, and take up his cross, and follow Me.

God works in believers making them like Jesus Christ

Christians are to imitate the good example of other believers

2 Corinthians 9:2 — …for I know your willingness, about which I boast of you to the Macedonians, that Achaia was ready a year ago; and your zeal has stirred up the majority.

1 Thessalonians 2:14 — For you, brethren, became imitators of the churches of God which are in Judea in Christ Jesus. For you also suffered the same things from your own countrymen, just as they did from the Judeans…

Hebrews 6:12 — …that you do not become sluggish, but imitate those who through faith and patience inherit the promises.

Christian leaders are to set examples which can be imitated

1 Timothy 4:12 — Let no one despise your youth, but be an example to the believers in word, in conduct, in love, in spirit, in faith, in purity.

Hebrews 12:1 — Therefore we also, since we are surrounded by so great a cloud of witnesses, let us lay aside every weight, and the sin which so easily ensnares us, and let us run with endurance the race that is set before us…

James 5:10–11 — My brethren, take the prophets, who spoke in the name of the Lord, as an example of suffering and patience. Indeed we count them blessed who endure. You have heard of the perseverance of Job and seen the end intended by the Lord—that the Lord is very compassionate and merciful.

Israel must not imitate other nations

Leviticus 20:23 — And you shall not walk in the statutes of the nation which I am casting out before you; for they commit all these things, and therefore I abhor them.

Deuteronomy 18:9 — When you come into the land which the Lord your God is giving you, you shall not learn to follow the abominations of those nations.

2 Kings 17:15 — And they rejected His statutes and His covenant that He had made with their fathers, and His testimonies which He had testified against them; they followed idols, became idolaters, and went after the nations who were all around them, concerning whom the Lord had charged them that they should not do like them.

God’s people must not imitate the ungodly

Exodus 23:2 — You shall not follow a crowd to do evil; nor shall you testify in a dispute so as to turn aside after many to pervert justice.

Psalm 1:1 — Blessed is the man Who walks not in the counsel of the ungodly, Nor stands in the path of sinners, Nor sits in the seat of the scornful…

1 Corinthians 15:33 — Do not be deceived: “Evil company corrupts good habits.”

2 Peter 3:17 — You therefore, beloved, since you know this beforehand, beware lest you also fall from your own steadfastness, being led away with the error of the wicked…

The Bible teaches that salvation (eternal life) is a consequence of faith in him. He never links salvation with imitating him or any other act or acts.

John 3:16–18 — For God so loved the world that He gave His only begotten Son, that whoever believes in Him should not perish but have everlasting life. For God did not send His Son into the world to condemn the world, but that the world through Him might be saved. “He who believes in Him is not condemned; but he who does not believe is condemned already, because he has not believed in the name of the only begotten Son of God.

Ephesians 2:8–9 — For by grace you have been saved through faith, and that not of yourselves; it is the gift of God, 9 not of works, lest anyone should boast.

2 Timothy 1:8–9 — Therefore do not be ashamed of the testimony of our Lord, nor of me His prisoner, but share with me in the sufferings for the gospel according to the power of God, who has saved us and called us with a holy calling, not according to our works, but according to His own purpose and grace which was given to us in Christ Jesus before time began…

Therefore, our responsibility as believers in the true message of Christ, we are to conform to His image—identify with Him—and we are to become Christlike by imitating Christ and those who faithfully follow Him.

The Bible uses the analogy of clothing when discussing this issue. We are to put on Christ like we would put on our school colors—we are to identify with Christ.

Are you living your life so that people know you are a follower of Christ?

No Replies to "Put on Christ"