What does it mean to be saved?

I have been considering the message given to us in the small book of Jude. Even though it is a very short book (only 25 verses) many of us do not spend time in the letter. Perhaps it because of the symbolism the author uses. Perhaps it because the letter seems a bit odd; or we don’t see how it relates to us. Whatever the reason, I thought I should spend some time studying the letter and I would like to share some thoughts about this book with you over the next few weeks. 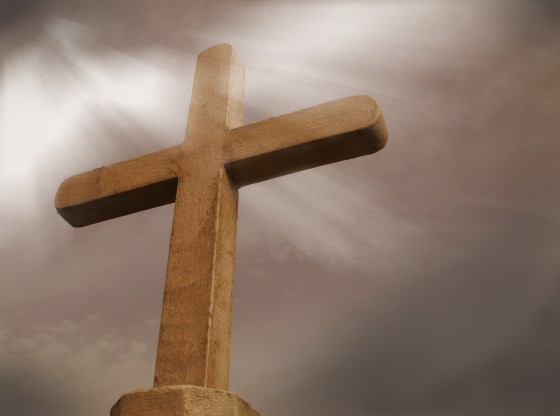 First let’s do a little background to the letter. Jude (actually Judas in the Greek) was the author. Jude was the half-brother of Jesus and he was the brother of James (the author of the book of James). In Jude 1, he identifies himself as a bondservant of Jesus Christ. This is quite a transformation because he was an unbeliever before the resurrection (John 7:3-5). He became a believer as a result of the resurrection (as did his brother James—Acts 1:14).

With these introductory remarks, let’s consider the first verse of Jude. It reads:

Jude, a bondservant of Jesus Christ, and brother of James, To those who are called, sanctified by God the Father, and preserved in Jesus Christ:

Jude’s experience was apparently fresh in his mind when he penned this letter.  Jude was writing to believers; however, the specific believer to whom he was writing were the same Messianic Jewish audience to who Peter wrote. I say this because of Jude’s close parallelism to 1 & 2 Peter. Thus, the purpose of this letter is to warn the recipients that the prophecy of 2 Peter (that apostasy would befall the Church) has now been fulfilled.

The literary style of Jude is very interesting. In this very short letter, Jude incorporated some fourteen triads—terms he groups in three. What I would like to look at over the next several weeks are several of these triads.

The first triad is located in the verse we are considering. Jude says he is writing “To those who are called, sanctified by God the Father, and preserved in Jesus Christ…” Jude is asking the question I asked earlier, “What does it mean to be saved?” He answers this question by identifying three aspects of salvation in Christ.

To those who are called

The believers were first of all called by the Holy Spirit. This calling is a work of the Holy Spirit—it is the calling that brings one to salvation. It tends to reflect the past. To be a believer means that you have been called by Jesus Christ (Rom 1:6). This implies that those so called “belong to Jesus Christ (NIV).”

God is the first one to take action in our conversion. To be saved means that God has reached down and taken notice of us.  God has predestined those who believe to be conformed to the likeness of His Son—and those he predestined, he also called; those he called, he also justified; those he justified, he also glorified (Rom 8:30). Ultimately, God does all the work in our salvation. It is God who calls, justifies, and glorifies.

I praise God that I was one of those to whom He reached down and called. He took control of my life and saved me from the sin that entrapped me. Thus, it was not on my terms—salvation is not on man’s terms. The initiative is on the part of God. God called people by opening their eyes of faith to believe the gospel (1 Cor 1:22-25). I was saved when God open my eyes so I could see the light of the wonderful gospel of Christ. He called me by His own glory and goodness (2 Pet 1:3).

To those who are sanctified by God the Father

This component of being saved relates to the present. Those who have been called are now the beloved of God as a result of their being called (elected) by God the Father. This implies that God’s love was manifest in the past but also continues in the present. The idea here is that God has purified us…He has set us apart for His good purpose (1 Cor 6:11).

Peter enlightens us when he describes those who are saved as being “elect according to the foreknowledge of God the Father, in sanctification of the Spirit, for obedience and sprinkling of the blood of Jesus Christ” (1 Pet 1:1-2). There are two components of our sanctification. The first happens at the moment of regeneration, i.e. when we first trust the gospel of Christ. Thus, at the moment of salvation, God sees us as though we have always been righteous and pure. We become His beloved.

The second component of salvation happens as we joyfully realize what God has done in our lives and as a result, we are transformed in the way we live our lives. Rom 12:1-2 says,

I beseech you therefore, brethren, by the mercies of God, that you present your bodies a living sacrifice, holy, acceptable to God, which is your reasonable service. And do not be conformed to this world, but be transformed by the renewing of your mind, that you may prove what is that good and acceptable and perfect will of God.

Unfortunately, not all Christians live transformed lives—their never undergo the “renewing of your mind.”

I praise God that I am His beloved—that He has sanctified me. For that reason I am willing to present my body as a living sacrifice to God.

To those who are preserved in Jesus Christ

The third aspect that Jude speaks of regarding those who are believers is that they are preserved in Jesus Christ. All who trust in Christ are kept in Him. This presents a very positive hope for the future. He, who overcame death and served as the sacrifice for my sin, has the power and will to preserve me until He comes again. Jesus will keep all who trust in Him until He returns for His bride.

I have a difficult time wrapping my arms around this concept. My “whole spirit, soul, and body will be preserved blameless at the coming of our Lord Jesus Christ” (1 Thes 5:23). I have been called by Christ (past) and beloved of God (present); in addition, I will be preserved by Jesus (future). And you know what? “He who calls you is faithful, who also will do it” (1 Thes 5:24).

I praise God for His great saving power. I hope you can say with me:

For this reason I also suffer these things; nevertheless I am not ashamed, for I know whom I have believed and am persuaded that He is able to keep what I have committed to Him until that Day (2 Tim 1:12).

Only by responding to the call of God for His salvation can we be “kept by the power of God through faith for salvation ready to be revealed in the last time” (1 Pet 1:15). Jude caps this thought at the close of his letter when he proclaims, “Now to Him who is able to keep you from stumbling, And to present you faultless Before the presence of His glory with exceeding joy…” (Jude 24).

We need to make a couple of points regarding Jude’s introduction to this letter.

Whether you see it or not the Church in America is falling into a time of great apostasy. But take courage, Christ will keep us until he returns. I hope this helps you understand your salvation and your position before God.

Have you placed your life in the hands of the living God by trusting in Jesus Christ as your savior? Only He can bring you back into a relationship with God.

No Replies to "Salvation"