Is your hope in global peace?

When you look at the world today, do you wonder why we don’t see peace? Peace is certainly something we all want and hope for. After all, the angels announced:

And suddenly there was with the angel a multitude of the heavenly host praising God and saying: “Glory to God in the highest, and on earth peace, goodwill toward men!” (Luke 2:13–14) 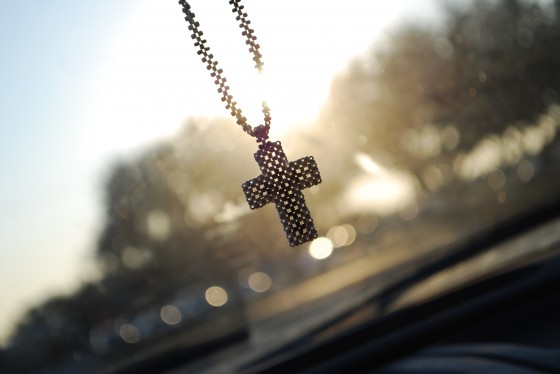 This, however, is not what we see. It is true that sometime, in the yet future, that Christ will bring peace when He comes to establish His Kingdom. At this time, especially with the capacity of instantaneous global communication, we see that wars are going on all over the world.

We certainly do not like the thought of war. Yet, war seems part of the human culture. Historians tell us that during our reported 3,400+ years of written history, man has been at war all but 168 years killing an estimated 15 billion people. That is man against man and country against country. But there is another war going on; it is the war against Jesus Christ and His followers.

While Jesus was on earth, He told His followers that they would be persecuted and hated.

Jesus did not come the first time to bring peace; rather, He came to bring division. I hear that we are to be “accepting of all people” and “we should not bring division.” Truth does not allow this. Truth by its very nature is divisive. Since truth, by definition is true, anything that differs from that truth is necessarily not true. For example, Jesus said, “Jesus said to him, “I am the way, the truth, and the life. No one comes to the Father except through Me” (John 14:6, NKJV). If one says that is fine, but Buddhism or Hinduism or any other humanistic philosophy also provides a way to God, then one of these statements is not true.

Christianity is exclusively true. That is, it excludes all other possible ways to God. Of course, Satan and the world ultimately hate this exclusivity and as a result hate any who trust in Christ. Consider with me the passage:

Jesus said He did not come to bring peace but a sword. The righteousness that Jesus brings will cause division (Matt. 10:34). To those who welcome Him, He offers peace, i.e. a restored relationships with God (Rom. 5:1) and interpersonal reconciliation within the community of believers (Eph. 4:3). The peace of Jesus is not concerned with wars between nations or conflicts among unbelievers. Jesus actually promised hostility of the world toward believers. One author says, “The righteousness of Jesus was divisive—people either love Him or they hate Him; there seems to be no middle ground.”

This division will even work its way into loving relationships. It sets “a man against his father, a daughter against her mother, and a daughter-in-law against her mother-in-law’; and ‘a man’s enemies will be those of his own household.’ This angst extends even to depths of our love relationships when one trusts the truth of Christ and the other doesn’t. As a result, those who hate Christ hate also hate the follower of Christ. Jesus calls all who follow Him to accept this and to continue to put Him above all other relationships. At any rate, all Christians will be hated by the world and the world will seek new and innovative methods to “rid the world of all that is spiritually exclusive.”

How does this attack occur?

Since the persecution of those who follow Christ is a reality, we must be able to recognize the methods used to weaken and to ultimately destroy Christianity. Well, there are a series of steps that are used to chip away at the Church. Know that this is a concerted effort of the world. Before we look at those steps, let’s make sure we understand that persecution is:

Persecution can be formal or informal. Formal persecution occurs when a government adopts the worldview of one group and then uses the power of the government and law to impose a politically correct view on dissenting groups. An example of this is to define hate speech as any disparaging remark regarding some group and then to make laws against such remarks. At this time, the US government is developing laws that restrict the rights of those deemed “mentally incompetent.” One group that is to be included in this group of people is those who have a “strong religious” bent, i.e. committed Christians.

Persecution can also be informal. Informal persecution occurs when citizens as a whole choose to hate a specific group.

The steps to persecution

The steps a community goes through to legalize the persecution of a specific group of people—steps we all need to be aware of—include:

We see these steps being worked out even now. The group the world hates and wants to go after are committed Christians. We are currently being marginalized and vilified; even though more vilification is about to happen. Laws are being developed to restrict Christian activity—everything from wearing symbols of our faith to exhibiting the nativity scene. What is more alarming is that this process is even being carried out in churches. Specifically, those who hold to sound doctrine are being marginalized and vilified by more “open” arms of Christendom. This is no time to “enlarge our tent” or to “relax Biblical doctrine” so that Christianity becomes more conclusive. Christianity is by its nature of holding to truth exclusive.

Paul warned of this when he wrote:

“Hold fast the pattern of sound words which you have heard from me, in faith and love which are in Christ Jesus.” (2 Timothy 1:13, NKJV)

“I charge you therefore before God and the Lord Jesus Christ, who will judge the living and the dead at His appearing and His kingdom: Preach the word! Be ready in season and out of season. Convince, rebuke, exhort, with all longsuffering and teaching. For the time will come when they will not endure sound doctrine, but according to their own desires, because they have itching ears, they will heap up for themselves teachers; and they will turn their ears away from the truth, and be turned aside to fables. But you be watchful in all things, endure afflictions, do the work of an evangelist, fulfill your ministry.” (2 Timothy 4:1–5, NKJV)

Take up your cross

Jesus said in Matt 10:39 that “And he who does not take his cross and follow after Me is not worthy of Me. He who finds his life will lose it, and he who loses his life for My sake will find it.” The times will continue to get harder and harder as we near the second coming of our Lord. We must “stand firm.” A war is going on to marginalize us and to take away the power we have in Christ.

The spiritual war against Satan has claimed countless lives throughout our time. On his own, man has no defense for overcoming the relentless attacks of Satan. Such victory only comes through trusting in Christ. By putting our faith in Christ, we will receive access to the armor we need to fight off the “fiery darts of the wicked one.” Such saving faith in Christ requires knowing who Christ is, acknowledging His person and work, and trusting in Him alone for salvation. Jesus is the Son of God who came to take away the sins of the world. He alone died in our place to reconcile us with God. He is the one who can give us victory in the spiritual war we have all been drawn into. We must stay true to the Word of God and apply it correctly to our lives.

Are you worthy of Christ?

Are you willing to stand firm during the difficult times ahead?

No Replies to "Stand Worthy of Christ"