The Light of the World

Do you see the light?

I often find myself back in Genesis 1. As a scientist, I certainly have many questions regarding the creation of the universe and beginning of the human race. Even before I was a Christian the idea that man evolved over billions and billions of years. So, again this week I was back in Genesis 1. 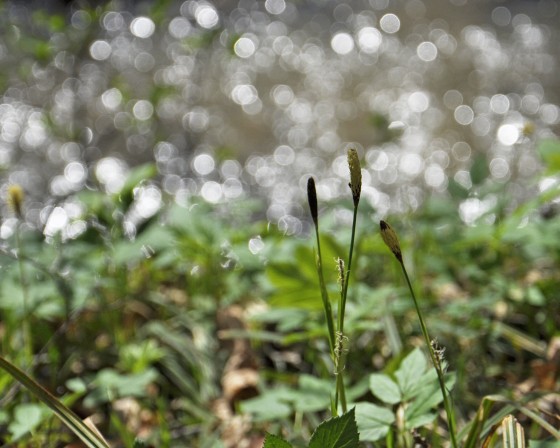 I was specifically drawn to the concept of light. Light is intriguing. My doctoral research involved studying the impact of environment a particular desert shrub. Specifically, I studied the impact of water, temperature, and light on the growth rate of the shrub (Honey Mesquite in case you are interested). The outcome of this work is not important here. What is important is that without light this shrub or any green light-absorbing plant would simply not exist. And in that case, neither would we.

So, what is so special about light? Light is electromagnetic radiation that is visible to the human eye, and is responsible for the sense of sight. Without light we could not see—we would all be in the dark. Light overcomes darkness.

The concept of light is important throughout the Bible. In Genesis 1 we see the first occurrence of light on the first day of creation. Gen 1:3 informs us that on that day, God said, “Let there be light; and there was light.” God’s first creative word produced light. The idea of God speaking the universe into existence and even creating light is a wonderful contrast to the bizarre creation stories of the scientific community. In the creation of light we get the first glimpse of the power of God’s spoken word.

The light was natural, physical light. Light in this case is the visible sensation of light in contrast to darkness (Gen 1:2). The creation of light was an immediate victory because it overpowered darkness. Light and darkness symbolically represent good and evil throughout the Bible. Thus, God’s first creative work was the beginning of His work to form a new world in the age to come where there will be no darkness (Rev. 22:5). Israel fully understood that God is Light. After all, they had light while all of Egypt was in total darkness (Ex. 10:21–24). They were subsequently led by that Light when they were delivered out of Egypt (Ex. 13:21).

Light illumines the darkness so the eyes can see. John 1:1-13 explains how the Light of God is fully revealed to us in the Person of Jesus Christ. Only through the completed work of Jesus can we separate ourselves from the evil that is inherent in all mankind. The passage reads:

“In the beginning was the Word, and the Word was with God, and the Word was God. He was in the beginning with God. All things were made through Him, and without Him nothing was made that was made. In Him was life, and the life was the light of men. And the light shines in the darkness, and the darkness did not comprehend it. There was a man sent from God, whose name was John. This man came for a witness, to bear witness of the Light, that all through him might believe. He was not that Light, but was sent to bear witness of that Light. That was the true Light which gives light to every man coming into the world. He was in the world, and the world was made through Him, and the world did not know Him. He came to His own, and His own did not receive Him. But as many as received Him, to them He gave the right to become children of God, to those who believe in His name: who were born, not of blood, nor of the will of the flesh, nor of the will of man, but of God.” (John 1:1–13, NKJV)

Jesus is the Light

This passage really has many parallels to the Gen 1 passage. In Gen 1 we see that “In the beginning, God created…” In the John 1 passage, we see that “the Word was with God, and the Word was God. He was in the beginning with God.” This passage makes it clear that there was another Person as part of the Godhead, i.e. the Trinity, who was involved with the creation of the universe. We know from John 1:14 that this Person who “became flesh and dwelt among us” was Jesus the Christ.

We also learn that it was Jesus through whom all things were made. Finally, we see that “In Him was life and the life was the light of men.” In Gen 1:3 we only learn that God created light on the first day. We then see how the light of God led the people of Israel to trust in and obey the Creator God. In John 1 we learn at least five more aspects of the Light that became flesh.

1. Jesus is the True Light

John the Baptist (John 1:6-8) was the herald whose mission was to bear witness to the Light so that people would believe in Jesus as the Light. And what was his testimony? The Baptist was sent for people’s benefit point them to the truth of Jesus. People in sin are in such darkness that they need someone to tell them what is light. John’s goal was that all men might come to trust in Jesus.

2. Jesus came in the world

Jesus was leaving His place with God in heaven to come into the world. Jesus came to dwell among us so that He could give light to every man. Jesus—the Light—came so that all men could see the difference between good and evil. This does not point to universal salvation or as some groups teach inner illumination. Instead, it means Christ as the Light shines on each person either in salvation or in illuminating him with regard to sin and ultimate judgment.

3. Jesus was not known by the world He made

4. Jesus was not received by his own

With all that advanced preparation, the people following the lineage of Abraham, Isaac, Jacob, Judah, and David to the Jesus the Messiah ultimately and finally rejected Him. Fortunately, however, God’s plan is bigger even than the Israelite nation. God made certain the Light that came into the world would overcome the darkness.

5. Jesus was received by some

The unbelief of people in the world was not universal. There were some even many who did receive Jesus’ invitation to reconcile their relationship with God. These people saw that Jesus was the Light Who came from God to overcome the darkness of sin. To those who accepted Jesus’ sacrifice on their behalf—His sacrifice for their sin—He gave the right to become children of God (John 1:12).” People are not naturally children of God but can become so by receiving the gift of the new birth by trusting in Christ alone for salvation; those who believed in His name are reborn of God.

What can be more exciting than this? We can know that we have been reconciled to God by trusting in the Light He sent to us for that very reason.

Jesus is the Light. He alone is able to light my path (Ps 119:105). The day is coming when the sun will no longer be our light, but the Lord will be an everlasting light—He is our God to whom we must give all glory (Isa 60:19). We all were once darkness, but those who have put their trust in Jesus the Messiah are now light in the Lord.

The command is simple. Since we are now light in the Lord, we must walk as children of light (Eph 5:8).

On the first day of Creation, God created light. The purpose was to overcome the darkness. God has always commissioned His people to live in the light—to run from evil and to expose evil. Jesus came as the Light to expose the sin of mankind and to sacrifice Himself for our sin. Rom 5:8 tells us that God demonstrates His own love for us, in that while we were still sinners, Christ died for us.

John very clearly explains how we should be living our lives: “This is the message which we have heard from Him and declare to you, that God is light and in Him is no darkness at all. If we say that we have fellowship with Him, and walk in darkness, we lie and do not practice the truth. But if we walk in the light as He is in the light, we have fellowship with one another, and the blood of Jesus Christ His Son cleanses us from all sin.” (1 John 1:5–7)

We should not be playing games with this message. In the end, the Light will expose us—our actions and our motives. Often times we want people to think we are living in the Light, but we know we are not. Even as Christians, we can be out of fellowship with God because of our sin.

How about you? Are living your life in the Light or are you wallowing in the darkness?

2 Replies to "The Light of the World"