The Measure of Man, Part 1

(This week’s devotional is written by Katie Moon)

The character of Daniel has almost literally sprung to life off the pages of Scripture for me as we’ve been working through our new sermon series on Daniel. You might call me dramatic, but it’s like God has given me a fresh and exciting vision of the character of Daniel. Maybe God has been doing the same for you. 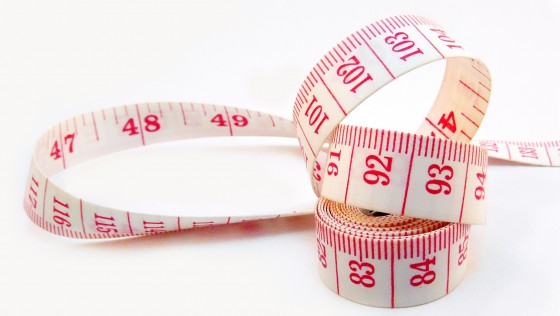 What has been most notable to me, I think, has been gaining a clearer picture of Daniel’s tenacious and steadfast faithfulness to His God. We’re only just getting into chapter three and we’ve already seen Daniel rise among his countrymen in character, requesting to be fed a completely different diet that would keep him from serving the Babylonian gods. We’ve seen him march straight to the kings secretary and make an appointment with the king himself to tell the dream and its interpretation to him… before God had revealed either to him. We’ve seen Daniel stand before the most powerful man in the world and give him a sermon about the wonders His God has revealed that no other god or power or principality could come close to mustering. And then we’ve seen him recount detail after minute detail of a dream and it’s interpretation to a man who promised to kill him if he got it wrong. Not only all of that, but so far, Daniel is still a teenager. He’s a teenager who was treacherously kidnapped from his dearly beloved homeland, forced into slavery, emasculated, and rigorously indoctrinated into a new—and pagan—culture and way of life.

I don’t know about you, but I find myself gawking at the security of spirit Daniel found in His God. I have found myself thinking, I’m not like that at all. If it was me, I probably would have done everything possible to save my neck, to measure up, and to gain honor before my new masters. Daniel, on the other hand, has no interest in measuring up to anyone but God.

Jeremiah was a prophet who lived during the same time and through the same world events that Daniel did. He is often called the ‘weeping prophet’ and for good reason. He foresaw the exile of Judah and the destruction of Jerusalem and its temple. Ever obedient to God, he warned his people to repent and escape the pending judgment, but instead of obedience he was met with insult, rejection, and persecution. Jeremiah wrote Lamentations. Indeed he had a profoundly difficult life.

Jeremiah 17 warns Judah of its pending exile. It says “The sin of Judah is written with a pen of iron… Your wealth and all your treasures I will give for spoil as the price of your high places for sin throughout all your territory. You shall loosen your hand from your heritage that I gave to you, and I will make you serve your enemies in a land that you do not know…” (v. 1, 3-4). Verses 5 and onward, speak to Judah in it’s immediate context, though the proverbs do have universal appeal. In it’s context, God says, “Cursed is the man who trusts in man and makes flesh his strength.” (vs. 5). You see, Judah had committed spiritual adultery against her husband, God. Scripture calls the nation of Israel the “wife of YHWH” (this is different than us, who are the “bride of Christ”). The book of Deuteronomy is written like an ancient marriage contract between God and His people, making their marriage official. After much warning and much long-suffering on God’s part, and after much refusal to turn from her ways and heed God’s merciful warnings, the people of God would reap the consequences of their sin. Verse 5 says, “Cursed is the man who trusts in man.” Turning away from YHWH (abandoning His covenant) brought a curse upon them.

Does God still love His “wife”, Israel? Yes! Does He still have a plan for her? Yes! Much blessing is yet to come for her! But this is how we find ourselves in this age of grace, with focus on the bride of Christ.

Now that we have the context in place for these verses, let’s look at the “universal appeal” these verses still hold for the New Testament Church. These verses, commentators believe, were well-known proverbs of the time which Jeremiah strung together to make his point. We can gain sound truth from them that apply to us today. We’ll look at several New Testament passages that agree to show us this is true. These verses contrast two kinds of people: those who trust in man, and those who trust in God. We can be sure of this: Daniel trusted in His God!

Which kind of person are you?

Thus says the Lord: “Cursed is the man who trusts in man and makes flesh his strength, whose heart turns away from the Lord. He is like a shrub in the desert,and shall not see any good come. He shall dwell in the parched places of the wilderness, in an uninhabited salt land.

“Blessed is the man who trusts in the Lord, whose trust is the Lord. 8 He is like a tree planted by water, that sends out its roots by the stream, and does not fear when heat comes, for its leaves remain green, and is not anxious in the year of drought, for it does not cease to bear fruit.”

The heart is deceitful above all things, and desperately sick; who can understand it? 10 “I the Lord search the heart and test the mind, to give every man according to his ways, according to the fruit of his deeds.” (Jer. 17:5-10)

Are you a people-pleaser?

Do you find yourself telling people “little white lies”?

Do you often ‘work’ a conversation or situation for your benefit or protection? (1 Peter. 2:23)

Are you sometimes lonely or discontented in the relationships you do have?

Do you find yourself judging others? (Romans 2:1)

Do people question whether you really mean what you say? Whether you are just “being nice” or not?

Do you struggle with insecurity?

Do you often defend yourself or go to lengths to appear the right way?

Do you find yourself stuck in your ways, yet desiring freedom? (Gal. 5:1)

Do you fear disappointing people or a certain person?

If you can answer ‘yes’ to any of these question, you are not alone. I have either said yes, or still say yes to each question above. We find ourselves trusting man, who we can see here and now, to measure us, more than we find our measure in God’s measureless love. We may not be able to see God, but God’s Word tells us that we can surely know (deeply and intimately) His love.

Have you ever thought about people-pleasing as placing your trust in man? I hadn’t either, until recently…

(Check back next week for Part 2 to discover the remedy we can find in Christ’s love.)

No Replies to "The Measure of Man, Part 1"