The Most Important Event

What, in our opinion, is the most important event in all of human history?

This is an interesting question and one that is difficult to answer. Certainly personal bias drives much thinking regarding “the important” events of human history. I spent considerable time pondering this issue over the past week. As a result, I examined the lists made by several students of history. I chose three that seem to overlap in some ways, but show the diversity of thinking.

A quick examination of these results show that most of human development centers on great wars, technological advances, social and economic progress, and religion. Wars, technology, and social/economic factors have shaped human development, but to me it seems that religion is still at the heart of what drives humanity. Religion can bring groups together or it can divide nations, communities, and families. 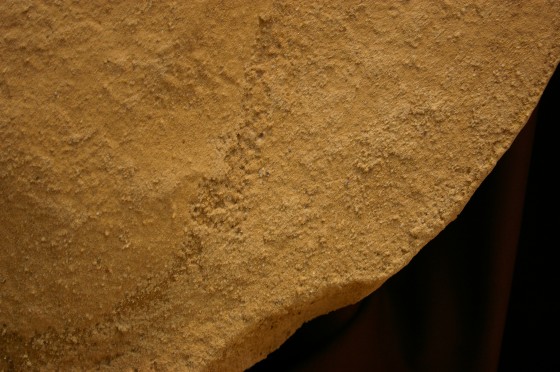 The interesting thing about world religion is that these lists only consider the development of Islam and Christianity. Even though Hinduism and Buddhism occur in the most densely populated areas, they only account for 15% and 7.1%, respectively, of the global population that adhere to a specific religion. Christianity is still the top global religion with 31.5% of the population as adherents followed by Islam, which claims 23.2% of the global population. These figures incorporate secular/nominal adherents as well as devotees.

Thus, it is not surprising that Christianity and Islam are mentioned in 2 of the 3 lists above. In List #1, the founders of the religion are listed (Jesus of Nazareth and Muhammad); in List #2, the actual movement is listed. These two religions have direct impact on over 50% of the global population.

Yet, my initial question sought to identify the single most important event of human history. I too have a bias as I come to answer this question because I believe that what directs the fundamental thinking of people must contain the most important event in human history. That means that our quest for an answer must come within the realm of religion.

The analysis above directs me to examine events in Christianity and Islam. Now, it can be argued that religion is religion and that one cannot really distinguish between the two religions. Both have secular and devoted adherents. Both influence large groups of people. Both have had positive and negative effects on human development. However, I propose that Christianity is unique and contains the most significant event in all of human history. Only the founded of Christianity faced and defeated death. Jesus, The Christ—the Messiah—was crucified and buried, but on the third day, He walked out of His tomb.

Therefore, the Resurrection of Jesus of Nazareth is the most significant event of all human history.

Definition of the resurrection

Importance of the resurrection

The resurrection of Jesus validates the Christian faith. From 1 Cor 15:17 we learn that if Christ was not raised from the dead then Christian faith is futile—our faith would be without results; it would be empty. Even worse, we all remain in our sins! There would be no forgiveness of sin. There would be no way to be reconciled to God. The love of God would not exist and Jesus could not have been “the way, the truth, and the life” (John 14:6). The resurrection was the method God chose to validate our redemption paid for by Christ on the cross (“who was delivered up because of our offenses, and was raised because of our justification…” (Rom 4:25, NKJV)).

In addition, Christ’s resurrection represented the “first fruits” of a new kind of path for humanity that leads to eternal life.

“But now Christ is risen from the dead, and has become the firstfruits of those who have fallen asleep…But each one in his own order: Christ the firstfruits, afterward those who are Christ’s at His coming.” (1 Cor 15:20; 23, NKJV)

Thirdly, Christ’s resurrection ensures our human regeneration. 1 Pet 1:3 says, ““Blessed be the God and Father of our Lord Jesus Christ, who according to His abundant mercy has begotten us again to a living hope through the resurrection of Jesus Christ from the dead…” Only through the resurrection of Jesus Christ can we have a “living hope.” The Christian assurance is as sure as the fact that Jesus is alive. Peter was an eyewitness of the living, resurrected Jesus. Throughout his letter, Peter emphasized the theme of “living” by using the term six times (1 Peter 1:3, 23; 2:4-5; 4:5-6). Thus, we can be assured of our eternal life only because He lives.

As mentioned previously, Christ’s resurrection ensures our justification (Rom 4:25). Christ plays the central role in God’s program by providing righteousness for a sinful people. Our justification is based on both the death of Christ and on His resurrection. His death would of course be meaningless if He had remained in the tomb. But since He rose from the dead and had victory over death, we can have confidence that we too will have victory over death and we will be raised to eternal life with God.

Because of Christ’s resurrection, we will receive perfect resurrection bodies (1 Cor 15:12-58). God raised our Lord from the dead, therefore, we can be confident that He will raise us also (1 Cor 6:14). Paul was confident in his knowledge that God raised Jesus from the dead and He will therefore raise all who trust in Jesus to be with Him—presumably for eternity (2 Cor 4:14)—to the glory of God (2 Cor 4:15).

Finally, Christ’s resurrection provides ethical guidance for all Christians. One of my favorite passages is 1 Cor 15:58 which states, ““Therefore, my beloved brethren, be steadfast, immovable, always abounding in the work of the Lord, knowing that your labor is not in vain in the Lord.” Because Christ was raised from the dead, we shall be raised from the dead; therefore, we should continue steadfastly in the Lord’s work. Secondly, we are called to focus on our future reward (Col 3:1-4). Finally, we are obliged to stop yielding to sin in our lives (Rom 6:11-13).

Proofs of His resurrection

We can point to several truths proving the truth of Jesus’ resurrection. Simply stated these include:

From this evidence, I can only conclude that Christ indeed arose from the grave and brought a new hope of eternal life in resurrected bodies to all who believe in Him. Many will argue against my thinking, but that is all right. I have come to realize that many people quite simply do not want there to be a God. They want to live life according to their rules. Though I disagree with them, I recognize their right to hold to their belief. But I do pity them because the price they will pay in the end far exceeds the pleasure they will get by denying the one true God.

We can be confident that Jesus died and rose again. We also must be aware of and look forward to His coming back again. What a magnificently simple summary of what the Bible teaches. Open your hearts as we celebrate His resurrection and we look forward to His return.

The world is actively commercializing Easter. I suggest we stop using this very pagan term and call it what it is—RESURRECTION SUNDAY. This is the most important and life changing event of human history. Christ’s accomplishment on that day has power to change nations, but it also changes individual lives—one life at a time.

I suggest we stop worshipping the Easter bunny and begin remembering why Jesus came to us in the first place—“For God so loved the world that He gave His only begotten Son, that whoever believes in Him should not perish but have everlasting life.” (John 3:16, NKJV) and “But God demonstrates His own love toward us, in that while we were still sinners, Christ died for us.” (Romans 5:8, NKJV)

Are you willing to celebrate Resurrection Sunday by remembering what Jesus accomplished and by living each day of the year in full dedication to Him?

2 Replies to "The Most Important Event"