Are you ready for the coming new world order?

Several years ago, I starting hearing significant comments regarding the need to move us into a new world order. The terms very, but they are all leading to the same place—one-world government, the new world order, and the favored term now—global governance. My intent is not to have you thinking about this movement in terms of political ramifications, but rather to consider what these movements will mean to you as a follower of Christ. 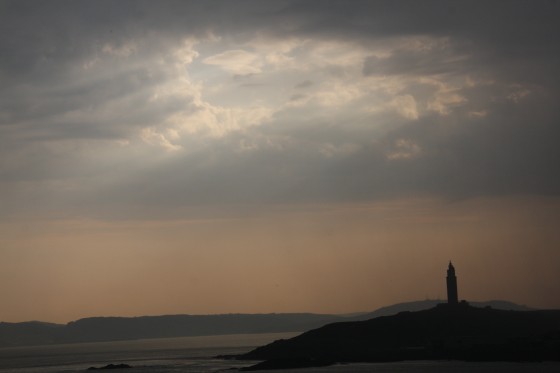 I few weeks back, I discussed the misinterpretation of Matt 10:22, “And you will be hated by all for My name’s sake. But he who endures to the end will be saved.” The problem is the context of the passage which is generally ignored by those who think this passage in some way to the eternal security of believers. But this is not the context at all. The passage in its entirety is

“Behold, I send you out as sheep in the midst of wolves. Therefore be wise as serpents and harmless as doves. But beware of men, for they will deliver you up to councils and scourge you in their synagogues. You will be brought before governors and kings for My sake, as a testimony to them and to the Gentiles. But when they deliver you up, do not worry about how or what you should speak. For it will be given to you in that hour what you should speak; for it is not you who speak, but the Spirit of your Father who speaks in you. “Now brother will deliver up brother to death, and a father his child; and children will rise up against parents and cause them to be put to death. And you will be hated by all for My name’s sake. But he who endures to the end will be saved. When they persecute you in this city, flee to another. For assuredly, I say to you, you will not have gone through the cities of Israel before the Son of Man comes.” (Matthew 10:16–23, NKJV)

Jesus was sending His disciples into the towns of Israel which a very singular message, “The kingdom of heaven is at hand (Matt 10:7). The disciples were then given specific directions regarding their missionary trip. I can imagine how excited they would have been to serve Jesus in this way. Then Jesus changed the tone.

He said, “Behold, I send you out as sheep in the midst of wolves.” These are God’s people, the people of Israel. Jesus told them they were not going to the Gentiles or the Samaritans. They were going to their people—the lost people of Israel (Matt 13:24) and Jesus referred to them as “wolves.” The news Jesus is about to provide His followers is not good news. The disciples are going to need to be wise and harmless (Phil 2:15) in their dealings with them. Why?

Jesus told His disciples that when they went out into the world they would face tremendous persecution. In fact, they would be “hated by all” because of their allegiance to Christ.

This passage was not directed toward us and has nothing to do with salvation. The endurance spoken of is the strength and capacity to endure the persecution they were about to face and would face. There is no promise here that they would survive the persecution. Of His original disciples, all of them (except for Judas) suffered great persecution—most leading to death. Tradition tells us that John was thrown into a vat of hot oil and survived.

If this passage is directed toward the disciples, does it have any relevance to us?

Persecution and the Modern Church

We see from this passage that the early followers of Christ were hated “for His name’s sake.” As followers of Christ, we can expect that as we serve Christ we will also undergo persecution from this world. In John 15:18-19, Jesus told the disciples, and to us as well, that the only reason the world hates us is that it first hated Him. He reminds us that the world loves those of this world; since we are not of this world, the world will hate us. In John 15:20, Jesus says that because the world persecuted Him, the world will persecute us.

I can’t say that persecution sounds fun, but Jesus did tell us that we are blessed when we are persecuted (Matt 5:11-12). He reminds us that our reward—for being His servants and suffering for His name—is in heaven.

Christian persecution is just starting in our country; however, it is in full implementation around the world. Several important examples have been in the news just this month.

We don’t see this severe persecution of Christians in this country, but it is starting. Recently, the Department of Defense said that Christians speaking about their faith will be subjected to court martial, a college professor who held a discussion regarding terrorism and the bombing in Boston has been petitioned for removal from the university, and the FBI has placed Evangelical Christians, dedicated Catholics, and Jews as their high priority terrorism watch list. In addition, the Affordable Care Act is seeking to use mental health as criteria for many issues and they have determined that Christians are not of sound mental health.

Impact of the New World Order

That brings us back to the New World Order. Just this past week our Vice President called for the need of the New World Order—also known as Globalism. The global elite do indeed desire to establish this new global governance. The impact on Christians will be real. The secular community has been attempting to eliminate Christianity from the world for quite some time. It is now becoming a reality that the world is moving in this direction.

We should not be surprised because Jesus told us this would happen. As Christians we need to be prepared for the new world situation. We should not expect the world to support our Christian faith. We are merely passing through this world; while we are here our duty must be to serve Christ and to preach the message He left for us—the kingdom of God is at hand. As did the first disciples, we must be ready to endure the persecution the world metes out.

Yet, above all, we must practice a disciplined Christian life. This involves two important aspects. First, we must maintain sound doctrine. This involves knowing and applying God’s word in the manner He intended. We must study the word in context and apply it within that context. Only then can we know God better and grow in our love for Him.

Second, we must become a people of prayer. Last week I listed more than 50 principles regarding prayer. Here are five of those we should apply right now.

Living in the Face of Persecution

Richard Wurmbrand is a Christian with whom we should all become familiar. It was called the “Congress of the Cults.” Over 4,000 priests, pastors, and ministers from all Christian denominations were assembled. They had elected Joseph Stalin as their honorary president. One after another went to the podium proclaiming that Christianity and communism were fundamentally the same. They could co-exist. They could “all get along.”

A young Christian woman could bear it no longer. She looked at her husband, a Lutheran pastor, and said, “They are spitting on the face of Jesus. Go wash the shame off His face.” Her husband warned her, “If I speak against the communists, you will no longer have a husband.” The pastor’s wife, Sabina Wurmbrand, simply replied, “I do not wish to have a coward for a husband.”

So Pastor Richard Wurmbrand, a lone voice among the 4,000, went to the microphone. He was well known in Romania, and everyone believed he would go along with the assembly for the sake of “peace.” He didn’t. He spoke only of loyalty to Jesus Christ. He could not “co-exist” with any entity that opposed the Great Commission principle.

For his simple protest, Richard paid dearly—as did countless Christians who refused to “bow down” to the ways of communism—He spent many years beaten and tortured in a Communist prison.

The final question with which we must struggle is, “Am I willing to live my life as the servant of Christ or will I lose heart and follow the crowd to keep the peace?

Are you prepared to be God’s servant even as we face ever escalating persecution?

The time is coming.

No Replies to "The New World Order"