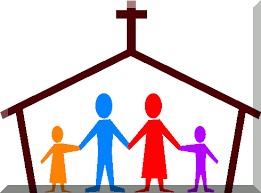 Sometimes I feel like our familiarity with a word and its use in our language is the greatest hindrance to our understanding of the biblical word it represents. “Saint means saint. What’s the big deal? Why bother looking up the word?” Well, I think the big deal is if we don’t look up the word to discover the source language meaning, we default to using the word the same way we use mister or miss. Saint just becomes a prefix or title that communicates membership. “Saint Peter”, “Saint Paul”, “Saint whoever”.

In His word, God calls you and me, and every believer of every age a saint. It is fascinating to realize God uses the same word that represents His nature when he refers to us. He calls us Holy. If you remember the word Holy has a strong foundation in the meaning unique. God is the most unique, the most holy, the most pure, the most set apart above any other. Because this is true of Him, He calls us to be unique, holy, pure, and set apart. We are under no delusion that we would ever be as unique or holy as God. However, God calls us to be Holy – it is strongly implied by the use of the word saint.

Like we did with the Old Testament word saint, let’s do a word substitution using the definition in place of the translated word.

The very first occurrence of the word saint in the New Testament is in Matthew 27:52. Here it is unaltered.

“and the graves were opened; and many bodies of the saints who had fallen asleep were raised;” (NKJV)

To be honest, this verse is a bit shocking! Graves were opened? Saints were resurrected? Can this be true? What is going on here? Let’s pause a minute and consider the context. Jesus has just died on the cross. The veil of the temple was torn in two from the top to the bottom. Through the death of Jesus Christ, God has just removed the barrier between God and man, by tearing the veil from the top down to the bottom. If man could have removed the veil of separation it would have been torn from bottom to top. The next thing that happened is the graves really were opened and many of the saints really were resurrected!

I think it is beautifully poetic and powerfully communicative that the first time a group of people are called saints they are being raised from the dead! Being raised from the dead truly is the predominant characteristic of every saint of God. When we become believers (saints) we move from being dead to being made alive. Because Jesus Christ was resurrected, He resurrects us spiritually, and eventually physically. Firstly, we are saints (unique, holy, pure, set apart) because Jesus makes us so. Secondly we are saints because God calls us to be saints.

If you are a believer in Jesus [the] Christ, Son of the Living God, then you right now today are a saint! And you are called to be a saint. So let me ask you a question. Do you think of yourself as a saint as defined here?

Let’s do our definition substitution with Matthew 27:52. “and the graves were opened; and many bodies of the holy (unique, pure, set apart) who had fallen asleep were raised;” (NKJV)

This phrase “had fallen asleep” is an idiom referring to having died. Are you living your christian life as someone set apart or are you living as if you have fallen asleep or died? I hope you will use this little word study as a tool for self examination. If you can’t see yourself as a saint as defined in the source languages, then ask yourself why. Look up all of the references, both in the Old and New Testaments and find out what is said about the saints. Realize that you are not a saint under your own power – Jesus died to make you a saint, and now He expects, actually demands you live like one.