Does Israel have a future in the future history of mankind? 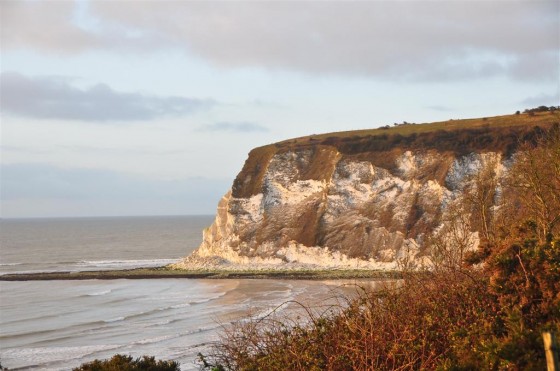 This is a question that has been bandied about for hundreds of years. The answer to this question is of great importance because it will impact on our view of much of the Bible and its application to our lives. Dr. Arnold Fruchtenbaum summarized the issue this way:

The issue of Israel is one of the major points of division in evangelical theology today. This is true both among Arminians and Calvinists. An evangelical theologian’s view of Israel will determine whether he is a Covenant Theologian or a Dispensationalist. It will also determine what kind of Covenant Theologian he is: postmillennial, amillennial, or premillennial. The question of Israel is central for a proper Systematic Theology. Paul, in his epistle to the Romans, which contains the first Systematic Theology in Church history, expounds on Israel in the center of his epistle devoting three full chapters (9–11) out of sixteen to this topic.

So, thinking regarding the existence of ethnic Israel falls into two distinct camps—the traditional reformed view and the premillennial dispensational view.

According to Dr. Cornelis P. Venema, president and professor of doctrinal studies at Mid-America Reformed Seminary:

In the Reformed understanding of the history of redemption, therefore, there is no ultimate separation between Israel and the church. The promise God made to Abraham in the formal ratification of the covenant of grace (Gen. 12; 15; 17), namely, that he would be the father of many nations and that in his “seed” all the families of the earth would be blessed, finds its fulfillment in Jesus Christ. The seed promised to Abraham in the covenant of grace is Jesus Christ, the true Israel, and all who through faith are united to Him and, thus, heirs of the covenant promises (Gal. 3:16, 29). In the Reformed view, the gospel of Jesus Christ directly fulfills the promises of the covenant of grace for all believers, whether Jews or Gentiles. Israel and the church are not two distinct peoples; rather, the church is the true Israel of God, “a chosen race, a royal priesthood, a holy nation, a people for his own possession” (1 Peter 2:9).

My understanding of this statement is that there is no distinction between Israel and the Church. Though he does not use the idea of “replacement theology,” the definition does imply that the Church of today can claim all the promises made to Israel. To that end, ethnic Israel is no longer in God’s plan for the future history of mankind. God no longer is devoting Himself to His chosen people. I actually see little difference between this view and what Venema terms “Extreme Replacement Theology.” The result is the same— God’s program for and interest in Israel has ended.

This view, as Venema points out, believes that God has a special purpose for Israel. In summary, God will use Israel His Kingdom Program. Even through Venema approaches this topic from the reformed point-of-view; he does an acceptable job of describing dispensationalism view regarding the view of Israel. Venema concludes:

During the present era, the dispensation of the church, God has “suspended” His special purposes for Israel and turned His attention, in a manner of speaking, to the gathering of the Gentile peoples through the proclamation of the gospel of Jesus Christ to all the nations. However, when Christ returns at any moment to “rapture” the church prior to a seven-year period of great tribulation, He will resume God’s special program for Israel. This tribulation period will be a prelude to the commencement of the future dispensation of a one thousand-year kingdom upon the earth. For dispensationalism, the millennium marks the period during which God’s promises to Israel, His earthly people, will receive a distinct, literal fulfillment. Only at the end of the dispensation of the millennial kingdom will Christ finally vanquish all of His enemies and introduce the final state.

The primary difference reached by these two camps of thinking is that the reformed view uses an allegorical approach (in many areas of Biblical interpretation) rather than a literal interpretation approach to the Bible. As I proceed to explain God’s Kingdom Program, I will be coming from the premillennial dispensational viewpoint.

The Components of God’s Kingdom Program

The Theocratic Kingdom consists of God’s rule over Israel. This Kingdom was established by Moses at Mount Sinai when God established the conditional Mosaic Covenant, i.e. the Mosaic Law. This Kingdom is discussed in Exod 19 and 2 Chron 36.

4. The Messianic Kingdom (The Millennial Kingdom)

The Messianic Kingdom is that Kingdom that consists of the literal, earthly kingdom over which the Messiah will rule Israel and the Gentile nations from the Throne of David and from Jerusalem. This Kingdom is a literal 1000-year kingdom with the Messiah ruling. The Messianic Kingdom will be “re-offered to the Jewish generation of the Tribulation, and this generation will accept it. Key passages relating to this Kingdom include: Matt 12; Isa 52:13-53:12; and Isa 49:1-13.

Fruchtenbaum identifies this Kingdom from Matt 13:11: The knowledge of the secrets of the kingdom of heaven has been given to you, but not to them. This Kingdom is a mystery because it was not revealed in the Old Testament. This Kingdom is best described by the word “Christendom” (not “Christianity”) because the Kingdom applies to everywhere in the world where the belief in Christ is somehow affirmed—rightly or wrongly, in orthodoxy or heretically. The Mystery Kingdom resulted from the rejection of the Messiahship of Jesus and resulted in the rejection of the offer of the Messianic Kingdom by Israel (Matt 12:13). The Kingdom will end with the acceptance of Jesus as the Messiah by Israel (Matt 23:39) at the end of the Tribulation (Matt 23:37-39; 24:1-25:46). The Mystery Kingdom is described in the parables of Matt 13.

Fruchtenbaum provides this summary regarding the Mystery Kingdom:

A literal interpretation of the Bible leads to a premillennial dispensational viewpoint. This study of the God’s Kingdom Program is important so that we understand how God works in our universe. Ultimately, four summary statements can be made.

Trusting Christ is the only way to be justified before God. Israel initially failed because they rejected Jesus as Messiah. We now have opportunity to place our faith in Christ and receive the spiritual promises made to Israel—

Therefore, having been justified by faith, we have peace with God through our Lord Jesus Christ, through whom also we have access by faith into this grace in which we stand, and rejoice in hope of the glory of God. And not only that, but we also glory in tribulations, knowing that tribulation produces perseverance; and perseverance, character; and character, hope. Now hope does not disappoint, because the love of God has been poured out in our hearts by the Holy Spirit who was given to us (Rom 5:1-5).

Have you received the peace of God through faith in Jesus the Christ (Messiah)? If not, please do so now. If you have then our challenge is to live our lives to bring glory to God.

Are you up for that?