What does God expect from you?

Jesus was without doubt the best teacher of all time. Two prominent techniques the Master used included asking questions and telling stories. When telling stories, Jesus always tied them into the culture of His time. When we read the stories He told, that is the parables by which He taught, we often miss the point of the parable. 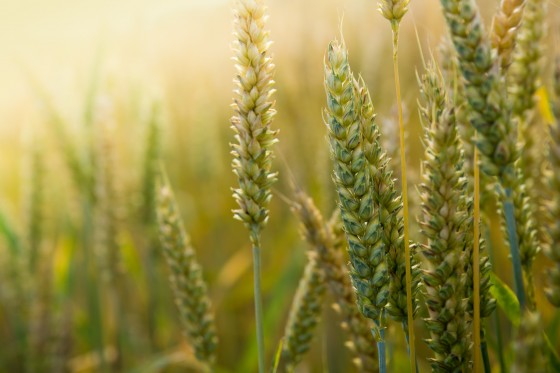 First, we need to think about what a parable is. A parable is a story with two levels of meaning, where certain details in the story represent something else. Our task is to determine how many details in the story should stand for other things. In general, we tend to “over-interpret.” We tend to go further than Jesus wanted us to go.

With that in mind, I would like us to examine the parable of the sower found in Matt 13:3-9. It reads:

“Behold, a sower went out to sow. And as he sowed, some seed fell by the wayside; and the birds came and devoured them. Some fell on stony places, where they did not have much earth; and they immediately sprang up because they had no depth of earth. But when the sun was up they were scorched, and because they had no root they withered away. And some fell among thorns, and the thorns sprang up and choked them. But others fell on good ground and yielded a crop: some a hundredfold, some sixty, some thirty. He who has ears to hear, let him hear!” (NKJV)

I have enjoyed this parable for many years partly because I spent my professional career as a scientist for the United States Department of Agriculture—Agricultural Research Service. But I must confess that I have been guilty of over-analyzing the parable.

The common—but I now believe the incorrect—interpretation, largely ignores the sower and the seed and emphasizes the soil upon which the seed fell. As a result, we often here interpretations discussing the four soil types and we argue about which have saving faith and which don’t. Why am I convinced that this is not what Jesus was saying through this parable? Let’s examine this parable.

Let’s begin our investigation by examining the elements of the parable. In this parable, Jesus speaks of the three components of agriculture:

All three of these are required for a harvest to develop. Jesus says that the sower sowed the seed into the soil. In this parable, the sower is the follower of Christ. The seed is the Word of God. The soil represents the various conditions of the human heart.

The sower has a basic job—the sower is to sow the seed. Thus, in this parable, Jesus is saying the one who follows Christ is to spread the word of God. I don’t think there are many who would disagree with me to this point of the parable.

However, people do want to spend much time trying to explain the concept of saving faith from the remainder of the parable. To understand how this parable, we need to understand a bit about agriculture at the time of Christ.

We cannot interpret this parable from the perspective of modern agriculture. In our time, we first prepare the seed bed. This is done by plowing and working the soil. After the soil has been adequately prepared, the seed is planted into the soil. This is always how I looked at the parable. The rocky areas and pathways through the field were throw-away land. They were never considered a part of the fertile ground.

But this is not how it was done in the time of Christ. In Jesus’ day, seeding and plowing were basically the same operation. The sower spread the seed over the entire field and then the field was plowed. As a result, seed was scattered everywhere regardless of the fertility of the ground. Then, the soil was plowed so the seed would be incorporated into the soil.

Thus, seed is scattered on the wayside (pathways through the field), the areas with shallow soils (often the hilltops), the weedy areas, and the fertile ground. Throughout the Scriptures, we see that it is God who prepares the hearts of men to receive the Gospel. Thus, God plows the seed (His word) into the soil (the hearts of men).

So, if this is the case, how does it affect the way we sow God’s Word. In this parable, Jesus is teaching us that evangelism is a “team” effort. The human responsibility is to sow the seed—preach the Word. God does not expect us to plow the soil; it is God’s job is to prepare the hearts of men to act on His Word.

Not every place where we sow will have great or immediate yields. In fact, sometimes we will get discouraged because of the apparent lack of response to the Word. In this case we need a change of attitude. We need not be concerned about whether the hearer responds to us or not. That is God’s job not ours. We are called to share the Gospel—Christ died for our sins and rose from the dead.

What God does promise us is that if we have faith in the power of His Word and faith that God will use His Word to complete His purpose, then our sowing of the Word will have great yields. In Jesus’ time, yields of up to 30 fold were considered outstanding. That is, for every pound of seed planted, 30 pounds would be harvested. But Jesus said that if we are faithful, we can expect yields of 60 and 100 times what we sowed.

What does this parable teach? It teaches that we should spread the Word of God to all people, even those who are hostile to it, and that God will work His Word into the hearts of those who hear so that there will be a great harvest. Matthew 9:37-38 says, “The harvest truly is plentiful, but the laborers are few. Therefore pray the Lord of the harvest to send out laborers into His harvest.”

Are you ready to be a labor in the fields of God? If so, prepare for a great harvest.

No Replies to "What does God expect from you?"