What’s In a Name?

The more I watch television, the more I am aware that our country is rapidly turning away from the God of the Bible. As a result, sin is rampant in our culture. I found myself looking for those responsible—someone to blame. Should we blame greedy executives? Perhaps we should blame the abortionists. What about the illegal immigrants flooding over our borders? How could I forget that we should be blaming the socialists and progressives. Whose name can we accuse regarding the mess in which we find ourselves? But wait! That isn’t the problem at all. 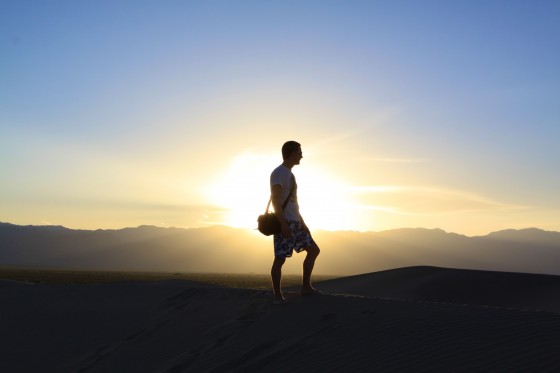 We need to stand for the name of Christ.

The real reason we are in a downward cultural spiral is that we who claim to follow Christ have forgotten the most important message of the Bible. The reason we are going into the dark is that we have neglected the Light—that is Christ.

When we look at the early Church, we see a Church that is on fire. They are moving entire nations because they were ministering in the name of Jesus. We as the Church in the United States have greatly diminished our reliance on the name of Jesus. Instead we set up our churches as social clubs and we expect the staff to fulfill the Great Commission (Matt 28:19-20).

When we take a look at the first Christians, we learn much about how we should be proclaiming the name of Christ. I would like to look at a three characteristics of the early Christians from the Book of Acts.

We need to speak in boldness.

First, we see that the early Christians were bold in their speech regarding the name of Jesus. Peter and John, though they were uneducated men, were recognized as being very special because they had been with the man named Jesus (Acts 4:13). In fact this boldness overcame their fear to proclaim Christ in large part because they prayed to receive boldness to speak His word (Acts 4:29) and they subsequently “spoke the word of God with boldness” (Acts 4:31).

In the same way, Paul never hesitated to speak about his conversion on the road to Damascus (Acts 9:27, 29); rather, “he spoke boldly in the name of the Lord Jesus.” This was Paul’s pattern throughout the rest of his ministry as Paul, Barnabas, and others spoke boldly in the Lord (Acts 14:3; 18:26) they saw many people coming to Christ. The faith of the early Christians was infectious. People were hungry to hear about this man whose name was Jesus. Paul even spoke boldly in the synagogue where he reasoned and persuaded the Jews regarding the things of the kingdom of God (Acts 19:8). The boldness of these early followers magnified the name of the Lord Jesus (Acts 1:8; 15:14; 19:17).

We have lost this boldness. We make up excuses so that we don’t have to speak boldly to people about their relationship to God. We need to regain this boldness. People today, it seems, make a couple of critical errors. Some think there sin is not as bad as it really is. Some think God does not hate sin as much as He does. Many others think God’s wrath will not be as extensive as some believe. All these are wrong and we must reach out to this lost and dying world with the truth about sin. Only by believing in the name of Jesus will we experience remission of sins (Acts 10:43).

We need to believe Christ.

Second, we see that the early Christians believed salvation came only through the name of Jesus. Peter did not apologize when he said, “Nor is there salvation in any other, for there is no other name under heaven given among men by which we must be saved.” He recognized that the only way to reconcile our relationship with Christ was to trust fully in Him. Throughout the early church we see people turning to Christ and trusting in Him alone for salvation (Acts 2:28; 8:12; 19:5). The early church understood that they must base their faith on the name of Jesus.

To turn our culture around, we in the church of today must spread the good news regarding the name of Jesus. And what is the good news? Most simply state it is that Christ died for our sins and rose from the dead. This must be the message we present to the world.

We need to take risks for Jesus.

Finally, we see that the early Christians risked their lives for the name of Jesus (Acts 15:26). In fact, all of the early follows suffered greatly for the name of Jesus. Peter was crucified upside down, Paul was beheaded, and James and the others also gave much while following Jesus. Jesus told His disciples that they would be persecuted for following Jesus (John 15:20). He even said, “Blessed are you when they revile and persecute you, and say all kinds of evil against you falsely for My sake.”

The disciples were told on a number of occasions to stop preaching in the name of Jesus (Acts 4:28; 5:40). But they continued. In fact, though they were imprisoned and beaten, they were “rejoicing that they were counted worthy to suffer shame for His name” (Acts 5:41).

In our culture, Christians become timid when they must risk their material items, much less risk their lives. We seem to be unwilling to stand up for the name of Jesus because we fear the consequences. We fear the loss of friends or the loss of prestige. Perhaps Jim Elliot, the missionary who was killed while preaching the name of Jesus, said it best, “”He is no fool who gives what he cannot keep to gain that which he cannot lose.” Only with this attitude can we change the culture of this great country.

Are you willing to give all of yourself to proclaim the name of Jesus?