Where Do You Boast?

Are you relying on your personal wisdom, strength, or wealth? 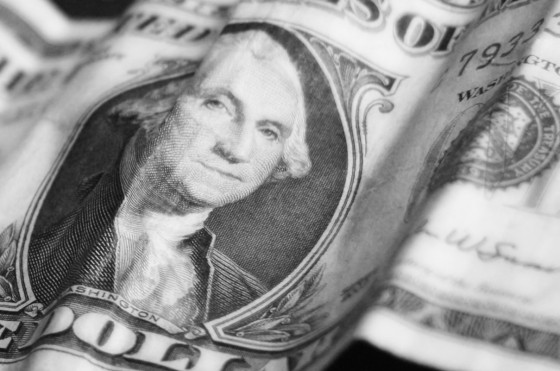 My wife and I were traveling across the state last week and we started taking about Jeremiah the Prophet of God. One thing that really stands out about Jeremiah is that even under extreme duress, he always spoke the truth about God. Jeremiah preached continuously that the only way for the people of Judah to live was by knowing God and giving Him all glory and praise. During our conversation, my wife reminded me of a verse I have had memorized for many years. The passage is Jeremiah 9:22-23. It says:

What lead up to this passage?

The context to this passage actually begins in Jeremiah 8:18. God sent His wayward and disobedient people to a land far away and Jeremiah has mourning for the people. He pleads with God to listen to the cry of the people who have been deported. We learn several things critical to the relationship between the people of Judah and God.

We also learn several other issues that were characteristic of the people of Judah.

What was Jeremiah’s response to this situation?

Jeremiah wept and wailed over the land of his birth…the land he loved. The deportation of the people made Judah desolate and uninhabited. Jeremiah hurt for the people and he mourned all the more for them. He pleaded with God for a physician to heal them—to bring health back to his people (this of course was not to happen until the Great Physician, Jesus the Christ, would come to the nation only to be rejected). Jeremiah did not have enough tears to cry for his country and his people. He fully recognized that Judah was filled with adulterers and treacherous men.

What was God’s response to Jeremiah’s pleading?

His purpose was to refine the people and to try them (Jer 9:7). God recognized that the people were filled with deceit and that even when one spoke peaceably to his neighbor with his mouth, he still harbored lies in his heart. God saw that there was no one who sought the truth (Jer 9:8). God indicated that He would make Jerusalem a heap of ruins that would be inhabited only by wild jackals (Jer 9:11).

Then God asked a series of questions regarding the people (Jer 9:12).

God then pronounced His judgment on this people:

And the Lord said, “Because they have forsaken My law which I set before them, and have not obeyed My voice, nor walked according to it, but they have walked according to the dictates of their own hearts and after the Baals, which their fathers taught them,” therefore thus says the Lord of hosts, the God of Israel: “Behold, I will feed them, this people, with wormwood, and give them water of gall to drink. I will scatter them also among the Gentiles, whom neither they nor their fathers have known. And I will send a sword after them until I have consumed them.”

So, the wise, mighty, and rich men of Judah failed God. They resorted to their own power and thinking to rule their land. The rejected the glory of God for the glory of man. But God wanted them to learn a far greater lesson than to rely on the resources of men. His expectation was that His people should glory in knowing and understanding God. God wanted His people to understand that He is the God who exercises lovingkindness, judgment, and righteous in the earth.

How does this message apply to us?

Though we do not share with the deportation of Judah, this passage does have great meaning for us. We live in a country that is built on human ingenuity. As a people we have become more and more dependent on human wisdom, strength, and wealth instead of understanding God. We have a nation that is becoming increasingly antagonist regarding God and those who would follow Him.

What grieves me the most, however, is not our politics or our secular leadership. I am grieved because we see the same attitudes within the Church as were displayed by the people of Judah. We no longer seek the truth about God, but instead we rely on our own human wisdom, might, and wealth to direct the matters of the Church.

Churches no longer desire to teach the Word of God; rather, teaching in the Church is centered on “feel good messages” that do little to spur Christians on to study the Word. Paul warns us in 1 Tim 3:1—7 that

But know this, that in the last days perilous times will come: For men will be lovers of themselves, lovers of money, boasters, proud, blasphemers, disobedient to parents, unthankful, unholy, unloving, unforgiving, slanderers, without self-control, brutal, despisers of good, traitors, headstrong, haughty, lovers of pleasure rather than lovers of God, having a form of godliness but denying its power. And from such people turn away! For of this sort are those who creep into households and make captives of gullible women loaded down with sins, led away by various lusts, always learning and never able to come to the knowledge of the truth.

For the time will come when they will not endure sound doctrine, but according to their own desires, because they have itching ears, they will heap up for themselves teachers; and they will turn their ears away from the truth, and be turned aside to fables.

I believe these days are upon us. The actions of the Churches of today are not pleasing God. We find it easier to rid ourselves of teachers who confront us with the truth rather than to repent and turn back to God.

At Truth Fellowship Live we always start our teaching time by remind ourselves of the goal of this church, that is we always, at every serve, teach the truth of the Bible. We do not apologize that our message consists of the careful and straightforward teaching of the Bible and our ministries are directed toward helping people trust in Christ and to grow in their faith. That is what we are all about.

This past week, Pastor Terry presented us with a couple of key challenges by which we must live.

Do you believe these statements?

Are you ready to change certain areas of your life in order to personally apply these truths?