Before my retirement, I was a laboratory director of a research facility in Mandan, ND. I had many responsibilities, but the one I enjoyed the most was hiring new scientists. Invariably during the interview process I would ask them all this same question, “Who are you?” 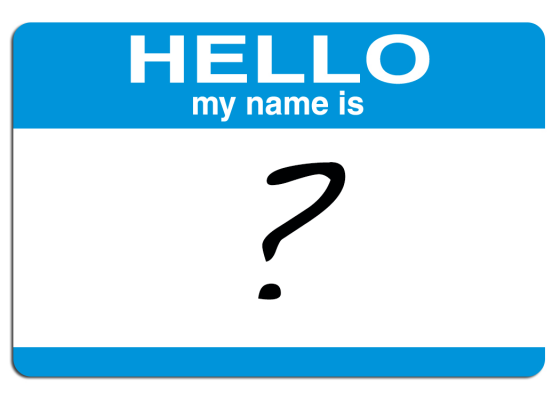 I would get a number of different responses. These would be like:

How would you respond to this question? The way we generally answer this question is not the answer I was looking for. The answer you probably would give is similar to the one these scientists gave.

Such answers to the question do not describe who you are; rather, they describe what you do. I believe there are really only two responses to this question.

Those who do not trust in Christ

Peter tells us that to disobey the Word of God is to reject it. In 1 Pet 4:17 we see, “For the time has come for judgment to begin at the house of God; and if it begins with us first, what will be the end of those who do not obey the gospel of God?” The rhetorical question points to the judgment of God that will come upon those who fail to trust in Christ and thereby be reconciled with God. The bad news is that we are all sinners and fall short of God’s glory (Rom 3:23). This sin means that we all deserve death, i.e. the judgment of God.

We deserve to die and be eternally separated from God. There is no quality or characteristic within man that can help us in our own power to be reconciled to God. Therefore, the Bible says that God came to us.

Those who do trust in Christ

The second group of respondents represents people who are obedient to the Word of God. These people understand that Christ died for them (Rom 5:8). Christ took the death penalty that they deserve for sin and He placed it upon Himself. Christ died in our place. Therefore, this group of people has a different perspective on “who they are.”

Look at how he describes the people who are obedient to the Word of God.

As a result, those who are obedient to the Word of God, i.e. they have placed their trust in Christ to enter into fellowship with God, now have obtained mercy.

Even though these descriptions of the Church are similar to those used of Israel in the Old Testament, this in no way indicates that the church replaces Israel and assumes the national blessings promised to Israel.

The Church is a parenthetical insert into the history of Israel. The term “Israel” refers to the ethnic Israel in both the Old and New Testaments. We get an image of the future of Israel in relation to the church from Rom 11:11-32. The wild olive tree is an image that represents the believing Gentiles (Gentile Christians). The Gentiles are enjoying the spiritual blessings of the Jewish covenants since salvation is from the Jews (John 4:22). They have been grafted into the cultivated olive tree which represents Israel. Normally, the branch from the cultivated olive tree would be grafted into the wild olive tree (botanically speaking). However, in this case God is grafting the branch from the wild olive tree into Israel, because the holiness of the root is passed on to the graft. This relates to Abraham as the “father of all who believe (Rom 4:11-12, 16-17).” The olive tree represents the place of spiritual blessing and the Gentiles have become partakers with the Jewish believers of Jewish spiritual blessings. The partial blindness of Rom 11:25 refers to the partial hardening of Israel. It is partial because there is still a remnant (i.e. those who come to Christ in faith). It is also temporary until the fullness of the Gentiles is reached. This is a mystery because this is the first time that we learn the hardening of Israel will endure until a set number of Gentiles is reached. Once this set number is reached, then the mystery will be complete.

The time of the Gentiles will continue until Christ’s return at the end of the Great Tribulation. However Christ will not return until Israel as a nation asks for Him to return (Matt 23:39). When Paul stated “all Israel,” he meant all Jews living at that time, not all Jews of all time. Paul related Israel’s future national salvation with its present status in Rom 11:26-29. God’s promise to Israel is forever (see Isa 59:20-21; 27:9) therefore, it will come to be. Thus, at the end of the tribulation, the Jews will, as a nation repent, and there will be national salvation.

These truths are important because (1) they demonstrate that Israel has a future in God’s plan, (2) they demonstrate that the Church cannot serve as a replacement for the Israel in the Old Testament, (3) they provide the Gentile believers with assurance that they have been made a part of God’s kingdom plan complete with the blessing of God, and (4) they provide believers a word of caution to remain humble before God. I believe much confusion exists over this issue because many of the doctrines taught in the church today originated before the 1948 reestablishment of Israel. Before that event, no one could foresee the reunification of the Jews in their own nation, thus a substitute theology was formed which eventually formulated into replacement theology. As a result, many Christians today do not see a future for Israel in God’s kingdom plan. I see a great future for them in a literal kingdom with Christ sitting on the throne.

So, what must be our response to the mercy He bestows on us? The purpose of God’s people is to serve as a holy and royal priesthood offering spiritual sacrifices and praise to Him. We should give all praise to God the Father because “In His mercy He has given us new birth into a living hope through the resurrection of Jesus Christ from the dead” (1 Pet 1:3). Believer-priests should live so that their heavenly Father’s qualities are evident in their lives. They are to serve as witnesses of the glory and grace of God. This is done by:

How should you reply to the question I first asked, “Who are you?” The next time you are asked that question will you provide some trite answer like “I am an acclaimed research scientist with a Ph.D.” Or do you recognize that you are an obedient servant of the God because of the finished work of Jesus Christ.

I am a precious child of the living God rejected by men, but chosen by God.

No Replies to "Who Are You?"