Who do you say you are?

Through the years, I have met thousands of people. Many times, I have gone up to complete strangers and introduced myself. Invariably during the early minutes of meeting someone, the question comes up concerning our identities. I might ask the person I just met to tell me something about who  they are or they may ask me to tell them who I am. In a professional setting, I might tell them that I am a research scientist working in a certain field. While in a church setting I might tell them what I do in the church. These days I have a tendency to tell people I am helping to start the Northern Plains Biblical Seminary. 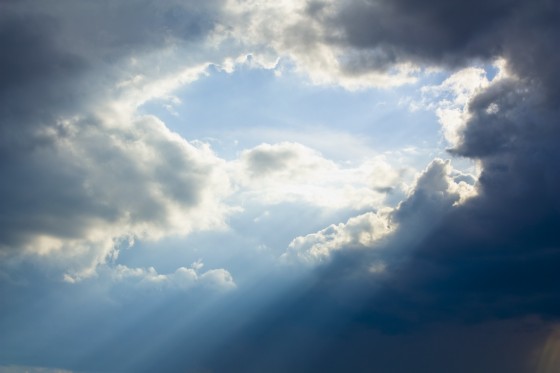 But these would be answers to the question, “What do you do?” and not “Who are you?” I once learned that the answer we should give to the “Who are you?” question is that I am the son of the living God. I find that answer to be rather trite. There is one answer to this question that I have, sad to say, never given. It is the response that James gave while introducing his letter to the scattered Christians of his time. He said:

James, a bondservant of God and of the Lord Jesus Christ, To the twelve tribes which are scattered abroad: Greetings.

Let’s stop for a minute and think. Who was James? He was an apostle of Jesus Christ; he was the half-brother of Jesus; he was the Head of the Church in Jerusalem. He could have introduced himself using any of these true statements, but he didn’t. He introduced himself as a bondservant. I have never done that. James, however, is not alone; others have also used this manner of introduction:

A bondservant of God

James referred to himself as a servant of God. The term servant means to bind as a slave. Originally the term was associated with the lowest level of servitude. Eventually, the term came to mean one who gives himself up to the will of another (Rom 6:17, 20; 1 Cor 7:23).  Paul also called himself a “bondservant” of Jesus Christ (Rom 1:1). He had been formerly a “bondservant” of Satan; but having been bought by Christ, he was now a willing slave, bound to a new Master.

In Christ, however, the goal is not to reach the top of the pillar, but to reach the bottom. We do not seek to be the master, but we seek to be the servant. Thus we see that this is not self-deprecating; rather, it is a choice to be identified with God. James (and Paul) chose to serve God and Jesus Christ—they chose to become His property.

James said he was the servant of God and the Lord Jesus Christ. How often do we mouth those words and never consider what we are saying. Far too often I hear people identifying with the Lord Jesus Christ, but they do not consider the implications of that identification.  After all, God is the almighty ruler—He is the Lord of Lords (1 Tim 6:15).  Let’s think about this phrase.

First, He is Lord. This identifies Jesus as the Master. He is the ruler. He is the one who deserves our loyalty. He alone has the authority to me our Master. As Master He is:

Second, He is Jesus. This identifies His humanity. The name Jesus means “Jehovah is salvation,” i.e. Jesus is the Savior. Imagine God becoming man on our behalf. In Phil 2:1-5 we read:

Let this mind be in you which was also in Christ Jesus, who, being in the form of God, did not consider it robbery to be equal with God, but made Himself of no reputation, taking the form of a bondservant, and coming in the likeness of men. And being found in appearance as a man, He humbled Himself and became obedient to the point of death, even the death of the cross. Therefore God also has highly exalted Him and given Him the name which is above every name, that at the name of Jesus every knee should bow, of those in heaven, and of those on earth, and of those under the earth, and that every tongue should confess that Jesus Christ is Lord, to the glory of God the Father.

Jesus being fully God became fully man so that He could take my sin upon Himself and pay the penalty I deserved to pay. He died on the cross for me and for you. This is the Jesus that I chose to follow. I chose to be a bondservant of Jesus.

Third, He is Christ. This is His title, His role, and His task. The Lord Jesus is the Messiah. He is the one promised to Israel who would free all people from their sin. This title identifies Him as God (Rom 9:5; Heb 1:8). He is the anointed one.

The next time you use the phrase “Lord Jesus Christ,” think about what you are saying. You are identifying your Master, the man Jesus who is the Son of God who came to provide a way to regain your communion with God. This is the one we are to serve. We need to put away our petty differences and focus on being the bondservants of God and of the Lord Jesus Christ.

When you stand before the judgment seat of Christ, He will judge you on how well you finished the work He gave you to do. After all, He is the Master, we are His servants. He has given us a job to do. He will evaluate how well we do the job and He will reward us accordingly.

I can’t help but think of the song “When Its All Been Said And Done” by Robin Mark. The words go like this

When it’s all been said and done
There is just one thing that matters
Did I do my best to live for truth?
Did I live my life for you?

There is just one thing that matters, i.e. did I live my life for Christ.

Can you identify yourself as a servant of God and of the Lord Jesus Christ?

Can you say, the next time you introduce yourself, “Hello, I am a bondservant of the Lord Jesus Christ.”