Why do only some move forward in their Christian Faith?

I don’t know about you, but I have seen many people trust in Christ who never quite seem to move on in their Christian walk. They accept Jesus for their salvation and then later they show now evidence that they even know Him. There seems to be a spiritual high and then they fall back into the normal routine of life. What happened? Why do some move forward and others do not? Why do some seem to have a vital relationship with God only to drift away over time? 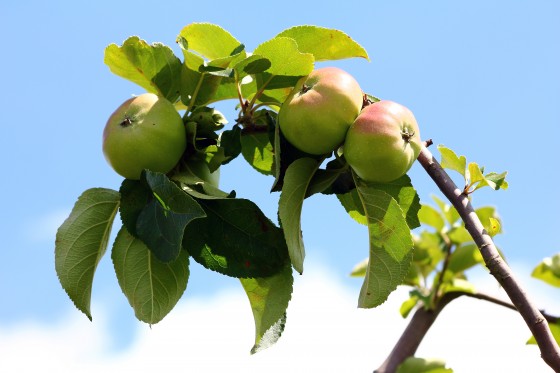 Now the works of the flesh are evident, which are: adultery, fornication, uncleanness, lewdness, idolatry, sorcery, hatred, contentions, jealousies, outbursts of wrath, selfish ambitions, dissensions, heresies, envy, murders, drunkenness, revelries, and the like; of which I tell you beforehand, just as I also told you in time past, that those who practice such things will not inherit the kingdom of God.

When we read this list of works of the flesh, we immediately think that this is a list that describes non-Christians. But that is not true. These are the works of the flesh and anyone (and everyone) is quite capable of conducting any of these works. The passage says that “those who practice such things will not inherit the kingdom of God.” But what does this mean. It does not mean that one would lose their salvation; rather, if a believer continually lives in moral corruption then evidence is given of not being a child of God, i.e. living in rebellion against God.

A Christian who lives in the works of the flesh is a self-willed Christian. We are all guilty of this at times. We might look at this list and think we are not as bad as someone else because our weakness is not like theirs. We might say we would never commit adultery or fornication. But outbursts of wrath (anger) and selfish ambition are in the same list. None is any better than another. We may not practice drunkenness, but we may gossip or hold dissensions.

Verbal Slander: Paul described the characteristics of a godly wife in 1 Tim 3:11. He said the wife of a Deacon must not be a slanderer. The instruction here is literally that wives of deacons should not be “devils.” That is, they should not be doing the work of the Devil. Day and night the Devil stands before the throne of God so he can slander (accuse) the Christian. He accuses the saints before God. Christians with an uncontrollable tongue are also self-willed. They do anything to survive. They have devotions, they worship, they pray. They want to outshine all others. Motivated by jealousy, they cut down anyone they need to so that they are exalted above them. Thus, the self-willed Christian uses verbal slander to accuse others.

Inability to witness for Christ:  1 Corinthians 12:3 tells us that only through the Holy Spirit can one testify that Jesus is Lord. Thus, no one who is under the inspiration can resist confessing Jesus as Lord. Most Christians will say they believe Jesus is Lord. But many never open their mouths to confess Christ in front of others. Why? Because of self-will they don’t want to be different than others; they don’t want to be identified with Christ. Rather, they want to be a quiet Christian. They don’t want to make enemies by taking a stand against other people. The unwillingness of the self-willed Christian to witness for Christ demonstrates a lack of love for Christ.

Uncleanness: More than 20 times in the New Testament evil spirits are called unclean spirits. They are foul. At the same time, there is a struggle going on in many people in the Church. Many in the Church are driving by sin; there is not restraint. We often see people in the Church who exhibit every form of uncleanness because of the depravity of the human heart. Self-willed Christians can be tied into every kind of sin we see in the world—pornography, adultery, and the like. The self-willed Christian becomes a slave to these sins.

Desire to possess: Demons seek to possess and control people. In fact, their desire to possess is so great they will even settle for possess a herd of pigs. Their goal is to control. The desire of the self-willed Christian is the same. The self-will Christian wants to control others. They do this primarily through intimidation. They rule through fear. They want others to know who is in control. They seek not only to control others, but they also desire to control things and even themselves. Their motto is “I want…” I don’t want others to control me; I won’t even let God control me. Satan said, “I will.” The self-willed Christian says, “I want.” What’s the difference?

A love of praise: In Matt 4:8-9 Satan brings Jesus to a high mountain. Satan showed Jesus all the kingdoms of the world. Then Satan offered all of this to Jesus if He would fall down and worship him. Satan longed for Jesus to acknowledge him and to worship him. In the same way, the human self wants to be worshipped. Our struggle is that we want to be recognized. Sometimes we desire this praise to such a degree that receiving praise becomes our most important ambition—even more important than giving all praise and glory to Jesus. When Jesus entered Jerusalem for the last time before His crucifixion, He was riding on a donkey. Even the donkey under Christ recognized the branches thrown on the street were not for Him. So often in life, we live as self-willed Christians because we want to receive the glory that rightfully belongs to Christ.

Christians do not have to be self-willed. Christ has conquered the flesh. We no longer need to live as self-willed Christians. Instead we must:

Please pray: Lord, I want to live by faith. I realize my weakness and tendency to be self-willed. Help me to trust fully in You. Help me love You today so that I can trust in you alone for guiding me through life. Deliver me today from the power of self-will.

Are you willing to live for Christ?

1 Reply to "Why do only some move forward in their Christian Faith? "